A nearly three-page feature in the Aug. 22 Sunday New York Times praises Johnson & Johnsons handling of the Tylenol murders in 1982 as Exhibit A in the lesson book on forthright crisis management. 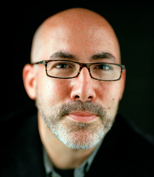 The front-page business section article by Peter Goodman (pictured), national economic correspondent said companies such as Toyota, BP and Goldman Sachs failed to follow J&Js example of disclosing a problem immediatelyawful parts includedlest you be forced to backtrack and slide into the death spiral of lost credibility.

Exhibit A in the lesson book on forthright crisis management is the mass recall of Tylenol in 1982 after the deaths of seven people who ingested tainted painkillers. Johnson & Johnson promptly acknowledged that some of its product had been poisoned and pulled bottles off store shelves.

Critics of J&Js behavior, including this website, found flaws in the above paragraph because J&J waited five days after the murders were discovered to order a recall.

By that time there were almost no Tylenol products on any store shelf in the U.S.

J&Js initial move was to recall two small lots that had distribution in the Chicago area.

Only after another (non-fatal) poisoning using Tylenol capsules took place in Oroville, Calif., on Tuesday, Oct. 5, 1982 did J&J and the Food & Drug Administration order a recall of the product.

NYT reporter Natasha Singer wrote May 3 that J&J is considered a model for the consumer products industry for its fast and adept handling of a Tylenol scare in 1982 when seven people in Chicago died after taking capsules that had been laced with cyanide.

The Economist wrote April 10, 2010 that J&J, by acting without hesitation in 1982, set the gold standard of crisis management.

Critics of J&J include Prof. Tony Jaques of RMIT University, Melbourne, who said the five days it took J&J to order a recall cannot be called immediate by any stretch of the imagination.

He also says the vulnerable capsules should never have been marketed in the first place and definitely not after seven people were murdered with them.

He is one of the few critics to point out the tiny $100K reward that J&J offered in 1982 and again in 1986 when 23-year-old Diane Elsroth of Peekskill, N.Y., lost her life to a poisoned Tylenol capsule.

Critics say this was yet another way that J&J tried to distance itself from the murders. Another way was using the name of its subsidiary, McNeil Laboratories, instead of its own name in connection with the murders.

Extensive articles on the Tylenol murders by the Harvard Business School in 1989 do not mention the $100K reward.

Scott Bartz, nine-year J&J employee, is contending in a book that he is writing (The Tylenol Mafia), that the contamination of the Tylenol capsules took place on J&J premises.

J&J fought the families of the 1982 victims in court for eight years, only settling on May 13, 1991, the day before the trial was to take place.
J&J for many years has adopted the policy of refusing to comment on the Tylenol murders.

NYT editors including business editor Larry Ingrassia, executive editor Bill Keller and Singer have been sent the Jaques and Bartz critiques of Tylenol but have not responded.

They have also been sent to Bob Grupp, president of the Institute for PR which says it provides the science beneath the art of PR and that it bridges the scientific rigor of academic leaders with the business-driven practicality of communications professionals.

Grupps response thus far is that, as with so many topics today, it seems theres a conspiracy theory surrounding the Tylenol recall. Our friend, the PR trade reporter and columnist Jack ODwyer, insists that the Institute should investigate and expose J&Js handling of the Tylenol crisis 28 years ago as something less than the gold standard,

Grupp said IPRs tagline, the science beneath the art of PR, describes perfectly our foundations core mission over the past 50+ years.

'Science' in this context means we seek to combine the rigor of academic thinking with the practical application of conducting research to demonstrate the value of PR and improve the day-to-day practice.