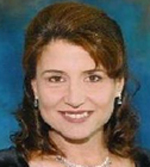 Cynthia Sharpe, counselor in Thonotosassa, Fla., who quit the bylaws re-write committee last year over the process being used for it, cant understand why almost no one shows up each year for national offices.

We need to know why most members choose not to serve at a national leadership level, she said in a Society e-group posting Sept. 20.

Answer: none of the above.

We urge Sharpe to call Peggy Bendel, chair of the Travel section, one of the biggest in the Society, and ask Bendel why she brands the Society patently unfair.

Toxic, even grotesque policies and practices of the Society are so evident that hardly anyone wants to be associated with its leadership.

Sharpe, who quit the bylaws revision committee last year (sub req'd) after complaining the process used was mostly via e-mails, phone calls and blog posts and as such did not constitute a proper deliberative process, now says there was a chapter survey in April 2010 and the work is complete but Ive been unable to locate the survey on the Society website.

Welcome to the club!

Neither we nor senior members including Fellows are able to see form IRS Form 990 for 2009 that shows the pay/benefits of the top six h.q. staffers.

Were all still waiting for the minutes of the July 15 board meeting in Atlanta that was addressed by Richard Edelman.
He pleaded for the board to back non-APRs being on the board but the board did its usual thing. It sat on its hands and said nothing.

Withholding of information is taking place on a massive scale at the Society.

Rank-and-file members are not allowed to see the list of 2010 Assembly delegates. Only delegates who feel like it have to put their names on the list. Wed at least like to know how many public delegates there are.

Audiocasting the historic 2010 Assembly Oct. 16 would be cheap and easy but leaders wont hear of such a thing.

Things have taken a nasty turn in the e-group.

North Florida chapter president Bryan Campbell, commenting on the many postings by 2001 president Kathy Lewton, said the e-group should be renamed as The Assembly Amendment Sounding Board, moderated by Kathleen Larey Lewton, APR, Fellow, PRSA. It would give a more accurate description of the content and context.

Monty Hagler, a member of the Committee for a Democratic PRSA, commented: What a mean spirited post from Bryan Campbell. There is a lot of negative energy coming out of Floridathere is no need to attack Kathy Lewton for providing facts, comments and insights. She has been far more reasonable and balanced than many of the emotional arguments that have been made by folks seeking to protect the status quo. 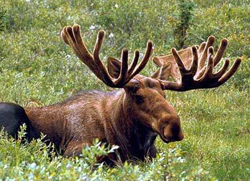 This writer, researching 1999 files, found a comment by one member that the Society was acting like a Moose Lodge. He defined this as provincial, insular, addicted to empty rituals such as APR, and obsessed with Lodge issues. The comment is even more true today.

The Society needs outside PR counselsome firm not remotely connected with itthat can help the Society face reality.

It is dragging down not only its own self but the industry.