Goldman Sachs is breaking a corporate ad campaign reportedly designed to bolster the image of the famously described vampire squid. The effort touts good citizenship. The campaign is misguided. 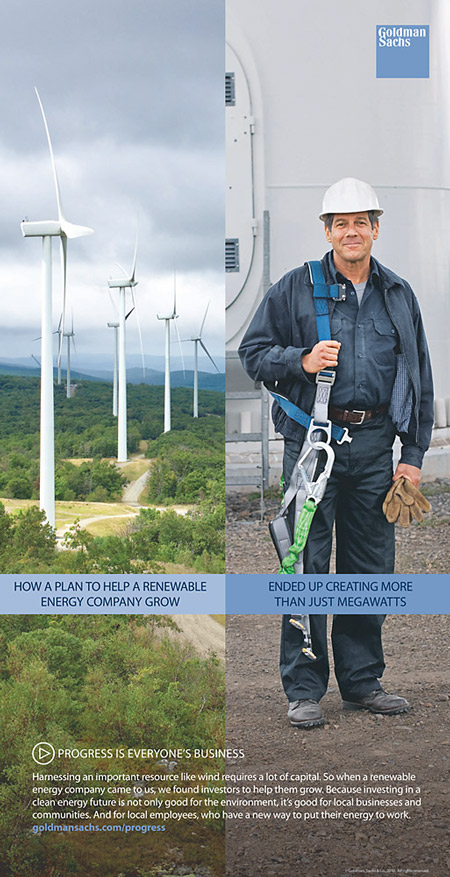 Goldman has every right to do whatever it wants with its mountain of cash. A $10M ad budget is certainly meaningful and appreciated by selected outlets like the New York Times and Wall Street Journal. That sum though is hardly a drop in the bucket at the investment house that hauled in $4B on $21B in first-half revenues. The debut ad, however, has a confessional quality about it. Bless me father for earning buckets of money....

There's a time to move on. That time has long passed for Goldman. Critics lambasted Goldman for profiting on--or causing--the global meltdown, setting up exotic investment instruments that they claim duped clients such as the nation of Greece. Where were the regulators who were supposed to police the global markets?

They were asleep at the switch or booted from office by the out-of-control deregulation trend. Don't you think now zombie bank Citigroup would have done a Goldman if its bankers were as smart as its one-time rival? You betcha! Goldman paid a $550M settlement with the Securities and Exchange Commission during the second period. Case closed. Theres more money to be made.

Goldman played hard and fast with the rules. It doesnt have to apologize for being wildly successful while competitors crumbled. Its more than ironic that Goldman is launching its goody two shoes ad effort, while auctioneers are accepting bids on the booty that comprised Lehman Bros London headquarters.

Two Lehman signs (one carrying its mission statement) fetched $21,744. Are the signs now hanging in the den of a Goldman partner?

Goldman CEO Lloyd Blankfein stands tall as king of the capitalist jungle. If he wants to bolster the economy, Blankfein should increase Goldmans $500M commitment to bankroll 10,000 small businesses. That is money better spent.

Note to Lloyd, dont pull the plug on the media. Please shift the ad dollars to NYT and WSJ subscriptions that then can be donating to high school and college kids.

You can also give the gang at Citi some tips.