The venerable Financial Times of London, has become at least the seventh media victim this year of the myth that Johnson & Johnson acted quickly and ethically in removing Tylenol capsules from store shelves in 1982 after seven people were murdered with poisoned capsules.

Columnist Michael Skapinker enthused Nov. 1 that ever since 1982 J&Js decisive action (after the murders) has been held up as the model of corporate crisis management.

He asked that the Tylenol story be retired because it was a more straightforward case and that current PR crises (such as BP) are a lot messier.

With regard to Tylenol, no one in the U.S. press or academic community will play the role of the boy who told the emperor he had no clothes on. But Prof. Tony Jaques of RMIT University, Australia, pointed out earlier this year that the five days J&J waited before ordering a recall is not quick or immediate or decisive by any stretch of the imagination, even in 1982.

Jaques said the easily-doctored capsules should never have been marketed in the first place and certainly not after they were used to murder seven people.

What J&J did quickly was rush back onto the market six weeks later with the flawed capsules in tamper-resistant packaging.

What police force would buy a bullet-resistant vest? What sky diver would use a parachute that resisted jamming? How about a can of soup that was botulism-resistant?

The business press took a dive on this one, showing concern mostly for Tylenols market share.

Far from ordering an immediate nationwide recall, J&J initially removed two small lots from the marketplace and only ordered a full recall after another person was poisoned (not fatally) in Oroville, Calif., five days after the initial murders.

J&Js disingenuousness in this matter is underscored by its offering of a $100,000 reward for information after the first murders. It should have been $10 million or more. The same uncollected $100K was offered after Diane Elsroth, 23, of Peekskill died of poisoned Tylenols in 1986. The FBI initially found that the triple seals on the Tylenol bottle had not been compromised.

A sidelight is that J&J fought the families of the 1982 victims in court for eight years, dragging out their misery before settling on the day before a trial was to begin.

J&J employees had been ordered not to send families of the victims anything lest J&J appear to be admitting any kind of responsibility for the murders.

There is nothing good about J&Js handling of the Tylenol murders although media repeat their praise of the company endlessly. The topic has come up so often this year because J&J is under government criticism and investigation for its handling of products that were contaminated in one way or another.


Ex-Employee Has a Lot to Say 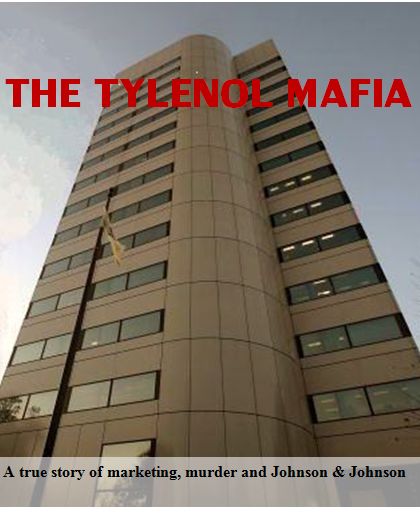 Scott Bartz, a nine-year employee of J&J who knows its distribution channels and is writing a book about the crisis called "Tylenol Mafia," has raised doubts over whether the poisoning took place outside of J&J as claimed by the company. At the very least, he deserves a hearing.

The Institute for PR, whose board includes J&Js Ray Jordan, should practice the scientific rigor it so admires by doing an examination of the Tylenol murders. It should then issue a manifesto saying no writer should ever cite J&Js behavior following those murders as something that is admirable. On the contrary, it showed the power of corporate spin.

--New York Times in a May 3 story by Natasha Singer praised J&J for its fast and adept handling of the 1982 murders.

--Christian Science Monitor said Jan. 15 that J&Js actions in 1982 are still regarded as a shining example of corporate social responsibility.

--The Economist said April 10 that J&J/Tylenol is the gold standard of crisis management. Staffer Adrian Woolridge wrote that under the name, Schumpeter.

--The Motley Fool (fool.com) on May 6 said J&J has always been the poster child for how to handle a crisis.

--Advertising Age columnist Al Ries wrote May 3 that the Tylenol brand is so strong that even seven murders could not inflict much damage on it (either that or the business press is so weakeditors note).

Previous Tylenol victims include Fortune magazine on May 28, 2007, which hailed J&J/Tylenol as the gold standard in crisis control in a full-page feature, and Tactics of PRSA, which devoted a full page to the subject, praising J&Js actions as an enduring example of crisis management done right.