When will China finally get PR?

China is the first country since Germany under Adolf Hitler to ban a Nobel Peace Prize winner or a family member from traveling to Oslo for the award ceremony. Thats not exactly good company. 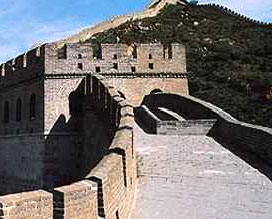 China has got to get rid of the chip on its shoulder. Its flimsy claim that western interests (e.g. America) were behind the decision to honor Chinese dissident and jailed Liu Xiaobo for his pro-democracy advocacy is ridiculous.

The Chinese government automatically dismisses all criticism as meddling in its internal affairs. Its time for China to assume responsibility that comes with being a world economic powerhouse in the age of globalization.

Like it or not, China is connected with the rest of the world via trade and investment. It cannot wall itself off from other countries of the globe, as it once did to protect against Mongol invaders. There is no Great Wall to protect the Chinese from foreign ideas and beliefs. The Internet has smashed such barriers to bits.

The decision to hand out a Confucius Peace Prize to counter the Nobel only compounds Chinas PR mess. The Confucius Prize went to a Taiwanese politician who has promoted closer ties between the mainland and island. The only problem: Lien Chan, wasnt informed about his victory and the need to rush to Beijing to pick up his $15,000 cash.

The New York Times reported Dec. 8 that Chans office know nothing about the Confucius win: Nobody has ever contacted us on this issue, and we only have secondhand information from journalists.

The Taipei Times reports that a scared-looking girl, whom organizers did not properly identify picked up the cash for Taiwans former VP.

The worlds biggest PR firms have extensive operations in China. The government tapped into that know-how to promote the Beijing Olympics and Shanghai World Expo.

China should get some PR advice about how to act as a world citizen.