President Obama's failure to communicate the benefits of the new healthcare law is a blunder made by his administration that simply didnt have to be.

Yesterday, I had lunch with one of the smartest people in healthcare PR. He is absolutely flabbergasted that Obama didnt invite a dozen healthcare communicators to the White House for a session on promoting the then-bill, now law, to the American people. 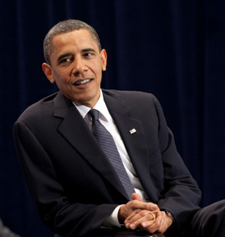 The PR counselor said he would have met with the president in a heartbeat, proud to provide advice on a measure that promises to provide coverage to millions of the now uninsured. He is confident that other healthcare people feel the same way.

The only problem: the call never came. How come?

Is it because Obama is way too insular, surrounded and dependent on a Chicago crew of long-time advisors like Valerie Jarrett and David Axelrod? Is it that fact-based Obama simply doesnt get PRs value of education and persuasion? Or, did Obama fear GOP wrath about receiving tips from so-called flacks and spinmeisters out to bamboozle the public?

Even the Bush Administration, which wasnt exactly PR and information-friendly, called in PR people to try to bolster Americas image overseas. Of course, that was an awfully tough sell for the State Dept. in the aftermath of the unnecessary invasion of Iraq. Facts do have a nasty tendency to get in the way of a good story.

Shattered by the mid-term election results, Obama may finally be seeing the PR light. Yesterday, he had a pow-wow with corporate chiefs to assure them that they are not incarnations of the devil. In fact, they are vital to Americas economic success.

The president pleaded with the CEOs to put some of the nearly $2T resting in corporate coffers to work. He urged U.S. investment to spur employment. We need to spur innovation and new industries like clean energy that will create the jobs of tomorrow. We need to upgrade Americas crumbling infrastructure, its roads and bridges, update high-speed rail and high-speed Internet to connect every community, said the president.

Former Cigna PR executive Wendell Potter is barnstorming the country, promoting his book, Deadly Spin. Unfortunately, the tour kicked off last month in D.C. and Potter didn't get a one-on-one with the Commander-in-Chief.

I bet Wendell would be willing to swing by the White House to talk some healthcare PR with the president.