With PR increasingly being asked to build employee morale, we liked this advice from David Ridley of Southwest Airlines: The best way to have happy employees is to hire people who are already happy.

Bill Margaritis of FedEx said companies should get their employees, suppliers, stockholders, etc., to tell good stories about the company to each other and the outside world. In other words get the choir to do the preaching.

Companies should also create their own modern media companies to reach audiences since traditional media have both shrunk and become fractionated, he added. A FedEx poll found trust in corporate America to be at an all time low, he said, noting that lack of trust results when there is a gap between actions and words.

Coke and other soft drink companies were targeted by Michelle Obama who is leading a $10 billion Lets Move campaign against childhood obesity.

Financial writers, who took a beating for not foreseeing the economic nosedive, claimed no one listens to them anyway. Barrons reporter Erin Arvedlund nailed Bernie Madoff in 2001 but said only silence met her research that included 100 interviews.

The Committee to Protect Journalists raised $1.47M at a banquet Nov. 23 but its almost 100% focused on persecution of journalists abroad while (figurative) slaughter of U.S. journalists gathers steam. Despairing U.S. journalists need help but so far CPJ chair Paul Steiger is turning a deaf ear to our calls to him on this.

Steiger and his fellow executives at ProPublica are under fire from journalists for taking eye-popping salaries. Dan Gillmor of Mediactive says the $570K pay of Steiger and high pay for other staffers hurts the credibility of ProPublica. Small non-profits do not pay anywhere near such salaries, he says.

Some journalists say ProPublica is not publicly-funded at all but gets almost all of its money from Herbert and Marion Sandler who gave it $10M. The money is tainted because the Sandlers made $2.4 billion by dumping Golden West Financial on unsuspecting Wachovia Bank in 2006. A huge portfolio of bad loans was discovered at GW that caused an almost immediate fire sale of Wachovia to Wells Fargo.

The New York Financial Writers Assn. and Overseas Press Club also raise lots of money via $400 and up tickets to banquets mostly supported by blue chips. But so far we have been unable to interest their leaderships in the plight of U.S. journalists. CPJ, NYFWA and OPC dont want to rattle the cages of their corporate sugar daddies.

Customer Relationship Management (CRM), which can be an insidious practice, became a buzzword. Basically it means lavish attention on your most profitable, easiest-to-deal-with customers and slight or dump the small, pesky, unprofitable ones.

PR Society of America practices CRM on its Assembly delegates since they elect the board and pass bylaws. No one else really counts. So the 110 chapter presidents, who under the new bylaws are the delegates, get $550 each in cash and five free meals including a dinner at the Leadership Rally in New York each June. Plenty of other goodies are showered on them. Rank-and-file members get short shriftbarred from knowing who is in the Assembly, what the delegates said, or how they voted.

As for other goodies available to favorites, heres a sample: a PRSA Counselors Academy promotion says the No. 1 question PRSA receives each month is, Where can I find a PR firm or consultant? Who gets those new business tips?! Theyre not on the Society website.


An odwyerpr.com poll found New York PR pros want a neutral midtown library/meeting place (rather than having to use offices of PR firms). Uninterested (so far) are any of the PR groups including Arthur Page, Council of PR Firms, IPR, PRSA, etc., whose cash/savings total about $13 million.

The Committee for a Democratic PRSA failed miserably in its attempt to remove the APR rule for the national board of the PRS after 35 years. The drive crippled itself by praising APR as a hallmark for professional improvement. Perplexed APR defenders asked, How can you devalue something and value it at the same time? The chapter presidents are so co-opted by carrots and sticks from national that only one of them publicly supported the drive. No chapter conducted a binding vote on the issue. Of course not. The 20% APRs would lose to the 80% non-APRs.

Ferocious arguments on APR took place in a PRSA e-group with 2001 chair Kathy Lewton alone posting more than 10,000 words. Referring to APR, Sam Lubetkin said it was a case of eating our own dog food, a remark he no doubt regrets.

Lubetkin also said (correctly) that removing APR as a requirement for national leadership would probably be the death of APR. Yeskilled by democracy.

APR and SM have different meanings outside the PR biz (Annual Percentage Rate and Sado-Masochism).

Julia Hood ended a ten-year editorial career at PR Week by joining Page with the title of president (upgraded from executive director).

Pages status as a 501/c/3 charity is open to question since members receive benefits and strict membership rules are applied. Charities normally let anyone belong and benefits of membership are nil. They dont charge yearly dues of $1,395 as Page does.

Johnson & Johnson got hit repeatedly by the New York Times (reporter Natasha Singer) and others as about 136 million units of its Childrens Tylenol and other products were recalled. FDA is conducting a criminal investigation.

At least eight major media including the NYT, Economist, Financial Times of London and Christian Science Monitor, played J&Js current troubles off the backboard of its supposed expert handling of the Tylenol murders in 1982-86, which was invariably described as gold standard for corporate crisis management.

But Prof. Tony Jaques of Australia and former employee Scott Bartz are arguing that J&Js marketing of Tylenols in easily-spiked capsules was anything but admirable and especially not after seven people were murdered with them. Stingy J&J offered a disingenuous $100K award both times. Who are they kidding?

The new facts and takes on the Tylenol murders were met with silence at the PR Society, which had given J&J a special Silver Anvil in 1983 (after Tylenol lost in the category where it was entered) and the Institute for PR, where J&Js Ray Jordan sits on the board.

The Institute, which fled from New York to Florida in 1989 to get out from under the thumb of PRSA, says it applies scientific rigor to PR and is the link between education and PR. However, scientists dont turn their backs on new information and education is supposed to be the pursuit of knowledge and not the flight from it.

Lauries death, from brain cancer, focused interest on the suspicion that cellphones cause such cancers. Harpers predicted an epidemic of brain cancer in about 20 years, saying cellphones emit the same radiation as microwave ovens.

Social media (meaning electronic socializing) may be booming but real socializing and in-person meetings are a fraction of what they once were. Only half of the 24 New York PR chat groups that met in the 1970s are still left. The list is here.

Socializing in the 1960s and 70s meant PR and press couples going out-on-the-town, trading home-and-home visits and dinners, and companies hosting sporting and other events at which spouses were welcome.

Social skills used to be sharpened at college but students have become introverts immersed in their own worlds, wrote the New York Posts Andrea Peyser Nov. 15. College is now an alienated pressure cooker where developing social graces, making friends or simple conversation seems the last item on a long list, she said. Peyser describe a game at Columbia University called The Social Experiment designed to bring students out of their shells.

A course that is lacking in PR education is personality development. The agency business, where most PR is these days, hinges on bringing in new business. Half or more of the principals time may be spent on this.

Corporate and especially agency PR executives of a couple of decades ago typically had entertaining, sparkling personalities. You felt good after spending any time with them.

A good exercise for a PR student would be cold-calling all the merchants, businesses and organizations in his or her hometown, offering promotional help or doing whatever is needed. The student needs to be up-to-date on local issues and topics, able to spark conversations. Students should ask themselves this question: Would I like to sit next to myself at a dinner party?

Ben Sonnenberg, one of New Yorks most successful PR pros, sought to find out what clients really wanted and often it wasnt more money or sales. It might be getting an offspring in college (link, sub req'd). Do a favor for a clients child and youll never lose the account, he advised. One of his first jobs was door-to-door salesman. He frequented Broadway, seeking doors that were ajar and could be pushed in, wrote biographer Isadore Barmash. 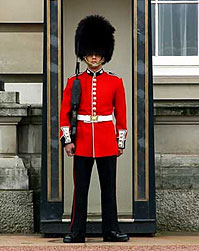 PR pros, especially at corporations and institutions, have become serious, formal and tight-lipped. They remind us of the guards in front of Buckingham Palace.

Organizational PR pros are on a short leash -- confined to e-mail conversations with reporters that are supervised by legal. So wrote PR pro-turned journalist Wendell Potter, author of "Deadly Spin," a critique of healthcare industry PR.

PR specialists outnumber reporter/correspondents by nearly five-to-one, according to 2008 U.S. Bureau of Labor statistics quoted by Potter: 240,610 to 50,690.

PR has no elected or working PR pro to answer Potter, who will put a further dent in PRs image. Anyone who doubts there are abuses in PR, as listed in detail by Potter, need only glance at the PR Society where uncommunicative elected officers and highly paid staffers are holed up presiding over blatant anti-democratic, anti-press and anti-information policies and practices.

PRSA claims it has a Business Case for PR but doesnt supply a spokesperson who will appear in public like Potter is doing. PRs case is not helped when frequent PRS seminar leader James Lukaszewski goes around saying Truth is 15% facts and 85% perception. A current rap on PR (Time mag) is that it practices misdirection (takes your eye off the ball).

PR has also emerged as the corporate gestapo, poised to jump on anyone who dares to speak about the company without permission including not only employees but suppliers. Viacoms 48-page gag booklet was called corporate terrorism by the Village Voice.

The tight-as-a-bolt PR Society warned members of its confidential e-mail groups that if they forwarded any posting to someone else or made more than one copy of a posting that they faced prosecution under New York State laws as well as the intellectual property laws of the United States.

In the same vein, a Media Policy directive to PRSA members as well as national officers and directors says all unsolicited telephone, e-mail and postal inquiries from journalists about the Society can only be handled with the permission of the VP-PR (Arthur Yann) or a PR staffer. Not even the elected chair can give such permission.

Driving PR away from engaging personalities and towards numbers are the measurers led by Katie Paine of Berlin, N.H., the Measurement Queen. Any PR awards entry that cites the value of press clips in terms of ad dollars should be tossed, she said. About 200 leaders of a half dozen PR groups met in Barcelona in June (link, sub req'd) and decided that outcomes are what countsnot communication. Working behind the scenes or keeping something secret might be the answer to a clients problem.

Want to know what is destroying the country? Boards of directors which are hotbeds of bone-crushing, teeth-rattling conformity and timidity. So wrote The New Yorkers James Surowiecki, who noted that boards of the financial giants were silent as they engaged in reckless
speculation that derailed the country. Worse yet are the non-profit boards.