Hats off to the new Republican Congress!

I also would like to bid a less-then-fond adieu to my one-term Congressman Democrat Mike McMahon, the pride of Staten Island who also represented my slice of Brooklyn. Middle-of-the-road Mike was defeated in November by another Mike named Grimm, who was endorsed by the Tea Party and blessed by Sarah Palin. McMahons sole claim to fame was being voted most centrist Congressman by the National Journal. 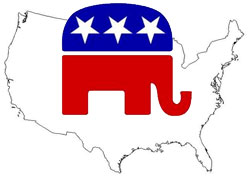 Old Mike found out the hard way that the centralist tag, along with $2.25, gets him a ride on the subway.

The 112th Congress is coming in like gangbusters, salivating over the prospects of tearing down everything built by President Obama and the Democrats. And its not only healthcare that is in their sights. Remember the landmark food safety law that was passed last month by unanimous consent in the Senate and with the help of 10 GOP Congressmen (turncoats?) in the House?

Kiss it good-bye, says Rep. Jack Kingston of Georgia. The incoming appropriations subcommittee chair responsible for the Food and Drug Administration budget, dismisses the food safety law as a re-election tool used by the Dems to terrify people into thinking the food theyre eating is unsafe and unsanitary.

Much fun is expected from Congressman Darrell Issa, the new chief of the Oversight and Government Reform Committee, who is itching to prosecute WikiLeaks founder Julian Assange. [38% of ODwyer readers voted Assange a hero in a poll conducted Dec. 16-30. That voting bloc proved to be information warriors of the communications world. Thirty-six percent of respondents considered Assange a criminal, 13 percent called him a nutcase and 12 percent viewed him as a showboat.]

New Homeland Security committee chair Peter King, the once sane congressman from Long Island, holds a candle to no one when it comes to publicity. He plans hearings on the alleged radicalization of American Muslims. And you thought the mosque near the World Trade Center was divisive? Wait till Pete gets the ball rolling in time for the tenth anniversary of the 9/11 attacks.

More fun news is anticipated on the judicial front. Supreme Court Justice Antonin Scalia shook things up by suggesting that the majority of Americans -- women -- do not enjoy equal protection under the 14th Amendment of the U.S. Constitution.

In an interview with California Lawyer, Scalia said:

In 1868, when the 39th Congress was debating and ultimately proposing the 14th Amendment, I dont think anybody would have thought that equal protection applied to sex discrimination, or certainly not to sexual orientation. So does that mean that weve gone off in error by applying the 14th to both? Yes, yes, sorry to tell you that.

Scalia seems intent on bringing America back to the good old days of the 18th Century.

The resurgent GOP promises great copy for the year. Unfortunately that entertainment comes at the expense of dealing with real problems such as Iraq, Afghanistan, Iran, North Korea, China, education, infrastructure and unemployment.