Rape charges against three lacrosse players of Duke University in 2006 ignited a firestorm of coverage nationwide.

But rape charges lodged against three students at Florida International University Dec. 20 have mostly been ignored by major media.
Media coverage of Duke reached such a fevered pitch that Judge Kenneth Titus on July 17, 2006 issued publicity restraints that attempted to reduce coverage. 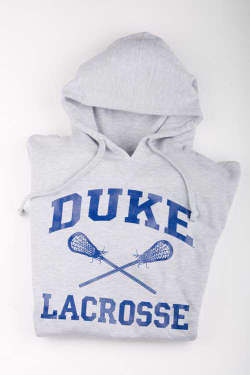 While the Duke lacrosse players were lambasted in the national press, losing the rest of their season and seeing their coach fired, the accused FIU students, who include a nationally famous baseball player, have experienced mostly limited local coverage and much of that sympathetic to them.

Garrett Wittels, 20, and Jonathan Olberti and Robert Rothschild, both 21, were arrested Dec. 20 by Bahamian police on charges of raping two 17-year-old women at the Atlantis Resort on Paradise Island.

Wittels achieved major media coverage this spring by batting in his 56th straight baseball game, only two short of the record.

He is also known for being devoutly religious, kneeling in the outfield and reciting the Jewish Shema before each game. The Shema is described as the central prayer of Judaism.

The Dec. 28 story in the Miami Herald (used verbatim by the South Florida Sun-Sentinel), said a videotape showed the two as-yet-unidentified women as drinking at a bar in the Atlantis, kissing each other, and beckoning the three FIU students to join them. The legal age for drinking in the Bahamas is 18.

The FIU students were released under bonds of $10,000 each. A preliminary hearing is set for April 18 before Magistrate Derence Rolle-Davis.

Sports media note that the FIU baseball season starts Feb. 18 and wonder if the school will yank his eligibility.

NCAA spokesman Chris Radford told the Herald that the decision was up to FIU and not the NCAA.

FIU has been almost completely silent on the charges. The only quote thus far has come from athletic director Pete Garcia who told the Herald that FIU will continue to gather any possible information on the subject.

The only mention so far in the New York Times, which covered the Duke incident in great detail, is pickup of an 80-word AP story that ran Dec. 27 as part of Michael Schmidts column in the sports section.

In the Duke incident, charges of rape, sexual assault and kidnapping were lodged against the Duke students after their accuser, an exotic dancer, claimed she was held in a bathroom by three of them and subjected to sexual abuse.

Crystal Gail Mangum, who had been drinking before she arrived at the Duke house, accused two students of being in the bathroom with her who had iron-tight alibis. Many holes appeared in her story and all charges against the students were eventually dismissed.

District Attorney Michael Nifong was accused of improprieties in pursuing the charges and was disbarred. He served one day in jail.

No charges were preferred against Mangum.

Duke maintains a permanent web page on the incident.


Why Media Are Reserved on FIU

The Duke story attracted national attention because it was a case of the mostly white well-to-do students (the 47-member lacrosse team had one black) misbehaving with a black woman of modest means. It was commonly acknowledged that under-age team members had consumed alcohol on the night of the party.

Dukes undergraduate and graduate student body of 13,000 is about half Caucasian, 8% African-American, and 4% Hispanic.
The 43,000-member student body at FIU is 75% minorities including 57% Hispanic. Income level is not nearly as high as that of Duke students.

Media apparently feel that FIU does not make as juicy a target as Duke did.

One thing this story does accomplish is put the spotlight on sex and alcohol.

The sex charges against the three FIU students spring from the possibility that the two women were too much under the influence of alcohol to know what they were doing and thus did not have the power of consent.

Drinkaware.co.uk is a website that warns about the dangers of mixing alcohol and sexual situations. Drinking alcohol increases the chances of young people taking risks, including with their sexual health, says a study by Drinkaware and the sexual health charity Brook.

Jules Hillier, director of communications of Brook, said Young people tell us that they come under pressure to have unsafe sex in many ways, including as the result of alcohol use.

Antioch College in 1993 pioneered strict guidelines for those contemplating sex including the advice to obtain permission for sexual behavior at every new level. Saying no at any point should bring a halt to the behavior, Antioch said.

The college said that announcement of these guidelines touched off a media frenzy.

The Sexual Assault Violence Prevention program at Vassar College says those initiating sex should be aware of any signs of hesitation such as not responding, pushing away, hiding their faces or having stiffened muscles.

Drugs and alcohol can affect peoples abilities to make decisions including whether or not they want to be sexual with someone else, says the program, adding: This means that if someone is really out of it, they cannot give consent. Being with them in a sexual way when they dont know whats going on is the same as rape.