Reporters Natasha Singer and Reed Abelson of the New York Times hung Johnson & Johnson out to dry yesterday, citing the recall of 288 million items and failure of the company to respond to government complaints. 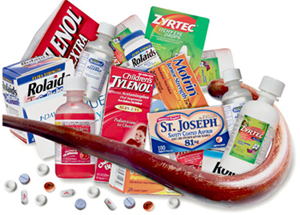 At least the story, which led the Sunday business section, did not repeat the claim that J&J set the gold standard for crisis handling in 1982 after seven people died from poisoned Tylenols.

Instead, it gives another false statementthat J&J issued an apology in 1982.

It did no such thing.

J&J claimed it had absolutely nothing to do with the seven deaths and only offered a $100,000 reward. It rushed back on the market (in six weeks) with the flawed, easily-spiked capsules (when tablets worked just as fast) and 23-year-old Diane Elsroth of Peekskill, N.Y., died of poisoned Tylenols in 1986.

Prof. Tony Jaques of Australia wrote in the online PR Journal of PRSA that the flawed capsules should never have been marketed in the first place and especially not after they had been used to murder seven people.

Scott Bartz, a nine-year J&J employee, is writing a book that claims there is credible evidence that the poisonings took place within J&J.

odwyerpr.com e-mailed to Singer in the past several months many articles on our research and the research of Bartz and Jaques on the Tylenol murders, pointing out there was no immediate recall of Tylenols unless five days can be considered immediate.

Efforts had also been made by J&J to confine the recall to two small lots that had Chicago as one of their destinations.

This website feels that while Singer does not talk to us or return e-mails, it has had an effect on her reporting on J&J.

Here is the passage in yesterdays story on the 1982 Tylenol murders:

Consumers have typically been willing to forgive a brand for one incident or product problem, industry analysts say, if a company acts swiftly to rectify the situation and to issue an apologyas J&J did in 1982 when seven people died in the Chicago area after a tampering incident in which Tylenol was laced with cyanide.

On May 3, 2010, she had written: J&J is considered a model for the consumer products industry for its fast and adept handling of a Tylenol scare in 1982 in which seven people in Chicago died after taking capsules that had been laced with cyanide.

The only person quoted yesterday in behalf of J&J was Bonnie Jacobs, described as a spokeswoman of the McNeill subsidiary.

J&J VP-PR Ray Jordan has not been quoted in the NYT series on the companys product problems in the past year or so.

He is a trustee of the Institute for PR which says it brings scientific rigor to PR issues and subjects.

Critics note that J&J, although noted for its baby products, is actually made up of about 250 companies and that the baby products are only a small component. The critics claim that top management has apparently lost control of such a very large family.

Major media writing in 2010 about J&Js current troubles cited its handling of the 1982 murders as an example for other companies to follow.

The media included, in addition to NYT, the Financial Times; Christian Science Monitor; The Economist; Advertising Age; The Motley Fool , and Wikipedia.com.

Fortune magazine on May 28, 2007, lauded J&J/Tylenol as the gold standard in crisis control in a full-page feature.