In accord with the 2008 National Defense Authorization Act, the Pentagon has just kicked off its commemoration to mark the 50th anniversary of the Vietnam War.

The effort is to honor veterans, allied nations and contributions made on the home front, which hopefully will include those who protested against the war. Each deserves fulsome praise. The DOD can do itself proud by spotlighting the roles of spineless politicos and military brass who stoked fears of a commie takeover of Southeast Asia if the Vietnam domino ultimately fell. They are responsible for the deaths of more than 58,000 U.S. soldiers. 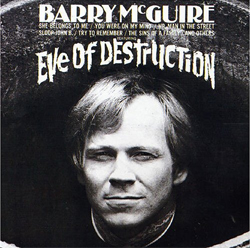 Since Afghanistan is looking more and more like a quagmire, the Vietnam commemoration could not have been better timed. The 2010 election dealt a sharp blow to those who want to hold President Barack Obama to his pledge of beginning the withdrawal of American forces from Afghanistan next year.

Four newly elected right-wing Senators (Floridas Rubio, Pennsylvanias Toomey, New Hampshires Ayotte and Wisconsins Johnson) recently returned from a fam trip of Afghanistan and believe things are going so swell there that deadlines neednt be adhered to at all.

Vice President Joe Biden this month assured Afghanistans corrupt leader Karzai that we will stick with him as long as needed. Hopefully, events of the Vietnam commemoration will knock some sense into our leaders in Washington. At best, the commemoration may turn out to be a teachable moment, a term loved by the president.

Why does the U.S. expend so much blood and treasure in a place that shelters perhaps 100 members of Al-Qaeda?

Americas hard-pressed economy can hardly afford the $120B annual price tag connected to the Afghanistan boondoggle that has fallen off the national radar due to the all-volunteer military.

Vietnam was front and center in the blue-collar section of Brooklyn where I grew up. The college deferments that saved Vietnam draft dodgers Dick Cheney, Newt Gingrich, Rudy Giuliani and Rush Limbaugh* didnt apply to Sunset Park because nobody living there during the 1960s attended college. The guys in my neighborhood went to 'Nam and came back as anti-war warriors. [Yours truly was too young for the draft and ultimately received a draft lottery number when the U.S. was "de-escalating" in Vietnam.]

Since 9/11, the all-volunteer military, which is derived from less than five percent of the U.S. population, has been fighting in Afghanistan. There hasnt been a single protest song of note. Its time to write some new music about Afghanistan.

* Rush Limbaugh, who had the gall to challenge Vietnam hero John Kerrys service, received a college deferment but lost it after he dropped out of school. Rushbo then wrangled a medical deferment for a cyst.