Apple's PR chief Katie Cotton, who has a few things on her plate this week, landed at No. 7 and is the only PR pro on the San Jose Mercury News' list of the 10 most powerful women in Silicon Valley. 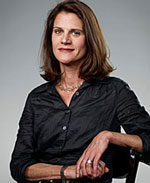 Katie Cotton, 45, vice president, worldwide communications, Apple: Here is a woman who possesses the greatest of all superpowers: invisibility. Cotton oversees the most powerful mythmaking organization this side of Disney. Not only does she do a masterful job of stoking the cultlike fervor for Apple products, but she's also considered to be the cultivator of Steve Jobs' image, which just might be the most valuable commodity in Silicon Valley. And she does it all while rarely appearing in public, sending reporters e-mails or getting on the phone.

Cotton last year landed at No. 50 on Fortune magazine's 50 most powerful women in business list.