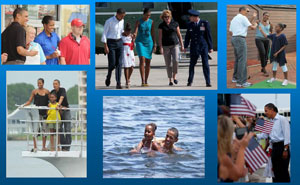 The Hammond firm, which has been a perennial front runner in this contest, took home six golds, seven bronze and six silver awards for a total of 19. Five awards were given for its work for the Panama City Beach (Fla.) Convention & Visitors Bureau -- two golds, two silvers, and one bronze.

This is a stunning endorsement of the destination and its prominence on the national scene, said Lou Rena Hammond, chairman. 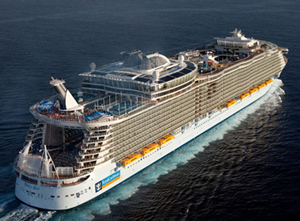 A highlight of the year was a visit by President Obama and his family. The firm also handled the crisis communications for the city, which is on the West coast of Florida and which was affected by the BP oil spill.

Weber Shandwick won platinum awards for its work for the Royal Caribbean International, the worlds biggest cruise ship, and InterContinental Hotels Group. It won eight golds, six silvers and three bronze awards for a total of 17.

The platinums are conversions of gold awards and are not counted twice.

Weber Shandwick now has 15 platinums which it believes is the record for this award.

In addition to the awards, two of Weber Shandwick's clients, Tracy Quan, director of brand communications at Royal Caribbean International and Kelly Schulz, VP of communications and PR at the New Orleans CVB, were recognized among HSMAI's "Top 25 Most Extraordinary Minds in Sales and Marketing," which honors the best sales and marketing professionals in the hospitality, travel and tourism industries.

We are honored for our work to be so widely recognized by some of the industrys most influential people," said Rene A. Mack, president of Weber Shandwick's Travel & Lifestyle practice. "It is clients like Tracy and Kelly that compel and inspire us to create award-winning campaigns and we couldnt be prouder of their accomplishments."

Platinum PR Awards
 Campaign: Special Event  Holiday Inn Stacks a Full House, The Holiday Inn Key Card Hotel (InterContinental Hotels Group)  a five-day promotional event that, with a 400 sq. ft. Holiday Inn Key Card Hotel as the centerpiece, engaged consumers and media alike and underscored Holiday Inns key message of change.
 Campaign: New Opening/Launch  Launching Oasis of the Seas (Royal Caribbean International)  a multi-faceted, diverse consumer campaign that utilized both traditional and new media resources to launch the worlds largest and most revolutionary cruise ship, culminating in a debut that commanded international attention and made Oasis of the Seas the most Googled word on the day she arrived into the U.S.

NFJPR, headed by Nancy Friedman, who was honored at the HSMAI dinner for lifetime achievement in PR, won eight gold, six silver, and three bronze awards.