This reporter ran into difficulties trying to pry facts out of the PR department at the 8.8-mile Pocahontas 895 toll road in Virginia, but a few minutes on the web helped us breeze right through the toll gates.

Critics say money-losing Pocahontas 895, which boosted tolls by 25 cents today to $3.00, overcharges users, vastly overpays its managers, and was forced to take back illegal contributions to state lawmakers in 2006. 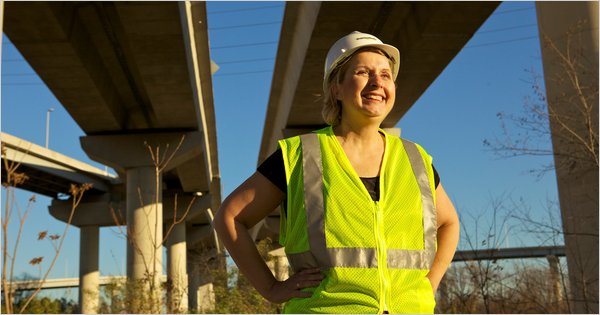 The contributions were taken back, according to www.thenewspaper.com, after relevant deals had already been made with the state. Virginia took $611M from Transurban Holdings of Melbourne, Australia, for the 99-year lease.

We were attracted to this subject by a feature in the New York Times Jan. 7 on how Mary Ellin Arch had switched from reporting for the Roanoke Times & World News to PR for Pocahontas 895.

It was a golly, gee whiz, here I am in PR and its wonderful type of story.

The concept of a toll road struck us as anachronistic if not downright medieval since our state, Connecticut, got rid of all toll roads in 1988. Tolls were removed on the Connecticut Turnpike, the main artery, back in 1985.

Toll plazas, often backed up, wasted a lot of time and gas when there are much more efficient ways of collecting money such as car registration fees, motorist licenses, and gas taxes.

A study by thenewspaper.com found that even the best toll roads are 25 times less efficient in collecting revenue than state gas tax collections.

If states are going to go back to toll roads, why dont doctors use leeches to draw blood and our armies dust off bows and arrows?


Arch Not Much Help

We called up Arch to see how much clout she had as a PR person -- whether she could get us an interview with North American president Michael Kulper ($2.3 million in pay in both 2009 and 2010).

Another question would be whether Pocahontas 895 ever held a press conference.

Arch wouldnt answer any of our questions, including those about the finances of Melbourne, Australia-based Transurban, owner of Pocahontas 895. She bucked us to Australia when there are plenty of people in the U.S. who could address financial issues including those in an office at 859 Eighth ave., New York.

This is classic duck, dodge and misdirection.

Theres a 16-hour time difference between New York and Melbourne that makes it inconvenient to contact companies there. At 9:30 a.m. today (Monday), it was 1:30 a.m. Tuesday in Melbourne.

The NYT article had a quote from Brenda Wrigley, chair of the PR dept. at Syracuse University, who said she researched the issue of PR vs. journalism and concluded that journalists and PR pros make ethical decisions in the same way. This is not a direct quote from Wrigley but something written by article author Cecilia Capuzzi Simon.

We wonder about that.

John Doorley, who heads the masters in PR program at New York University, is quoted as saying that PR has outgrown its second-tier status in ad/journalism programs and is now a social science and business discipline of its own. This is also something Simon wrote rather than a direct quote of Doorley.

This website is offering Wrigley, Doorley and their students free access to odwyerpr.com for the next several months so they can see how PR is practiced in this current, real-life situation. They will learn more about PR from this story than what is in any textbook.

Arch could not talk to us when we first reached her by phone because she was working on three media monitoring reports.

So we dialed up Pocahontas 895 on the web and what a can of worms we found!


Toll Roads Have Their Critics

This is a cautionary tale for anyone studying PR who thinks they are going to put out some kind of message or framing of something and get away with it. The web -- a deluge of facts and information available instantly for free -- is going to wash away whatever theyre doing.

They must learn to deal with this but so far we have found that business and institutions are not doing so. They mostly resort to dodging and stonewalling. But those stone walls are more like Swiss cheese.

How many zeros make one is our thought? None of the above study areas are going to help Arch make a silk purse out of this sows ear.

The deal that Transurban has with Virginia forbids it from improving nearby highways that might compete with it unless a certain compensation arrangement is made with the Melbourne-based Transurban.

According to thenewspaper.com, the journalistic cop on this road, the top six North American executives took $34.6 million in pay and other benefits in 2007.

That year Transurban had an operating loss of more than $140M. 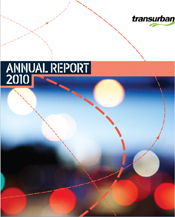 Those figures are a little old but we got all the current figures by downloading the fiscal 2010 Transurban annual report (PDF). The top ten Transurban executives took in $17.5M in pay in 2010, a gain from $16.8M in 2009.

Arch had learned about the job opening from her husband, a former photojournalist, who was working in the Virginia Dept. of Transportation. It paid 22% less than the $77K she got at the Times & World News but she was happy to get it.

We dont blame Arch for not helping us with questions such as contact points of officials here and in Australia. She has to eat but so do we. Our readers want facts hard and fast and dont like roadblocks to information.

Foreign companies operating toll roads in the U.S. is a red-hot issue.

No one in their right mind is going to pay three bucks each way to save a few minutes of travel time because there are so many other options, posted one motorist on WWBT NBC 12.

The NYT story did not come within eight miles of noting the controversy about toll roads.

Transurban has an accumulated debt of Australian $4 billion (about the same in U.S. dollars), according to the 2010 annual report. It is carrying $7.6 billion in intangible assets on its books.

Since its total equity is $4.1B, this means it has negative tangible net equity of minus $3.5B.

Revenues of Transurban were $880M and proportional net profit was $13.2M.

Cintra-Macquarie, a Spanish-Australian joint venture, in 2004 paid Chicago $1.82B for operating and revenue rights to the Skyway, 7.8-mile toll bridge and highway.

Ed Rendell, when governor of Pennsylvania, explored leasing the Pennsylvania Turnpike. He is now with the Wall St. firm of Greenhill & Co. working on public/private partnerships.

New York State, faced with a $16B price tag for refurbishing the Tappan Zee Bridge, is exploring private financing. NYS comptroller Thomas DiNapoli has warned about the dangers of such deals.

The Virginia Dept. of Transportation cannot expand or improve the free lanes of the Beltway until 2087 unless it first consults with Transurban. Should any changes be made, they would have to be made in such a way to guarantee that the company maintained a high level of profit, said thenewspaper.com.

It feels that such deals will cause congestion on the free highways and force motorists to use the toll roads.