Lost in the media euphoria sparked by todays resignation of Egyptian President Hosni Mubarak was the ominous warning from VP Omar Suleiman, the CIA's man in Cairo. 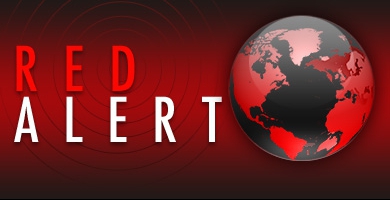 In the name of God the merciful, the compassionate, citizens, during these very difficult circumstances Egypt is going through, President Hosni Mubarak has decided to step down from the office of president of the republic and has charged the high council of the armed forces to administer the affairs of the country. May God help everybody.

Suleimans statement is the clearest indication thus far that the military has carried out a coup led by Defense Minister Field Marshal Mohammed Hussein Tantawi, according to Stratfor. The question now is to what extent the military elite will share power with its civilian counterparts.

As Mubarak stands down, the U.S. must stand up. The U.S. has supplied, trained and coordinated activities with the Egyptian military for years. President Obama will need to put his prestige on the line to make sure that the Egyptian military does the right thing: creation of a roadmap to free and fair elections that are contested by parties of all political stripes.

The president must do much better than the weak tea statement that he issued last night, saying "The Egyptian people have been told that there was a transition of authority, but it is not yet clear that this transition is immediate, meaningful or sufficient." That just doesn't cut it.

Stratfor is hedging its bets. It says it remains to be seen whether the military stays true to its commitment to hold the elections that are scheduled for September. Power is pretty enticing. The generals may find that political rule over a country of 80M is sweet indeed. That power (and resulting riches) kept Mubarak in charge for 30 years.

Obama has got to get the generals back into their barracks as soon as the election results are certified.