Lets hear it for Mississippi Governor Haley Barbour, the patron saint of the lobbying community. While some outside the profession trash lobbying, the potential GOP presidential candidate and the pride of Yazoo City is proud of his background as founder of BGR, the former Barbour Griffith & Rogers shop that represented R.J. Reynolds, PhRMA, Lorillard Tobacco, Pfizer among others. 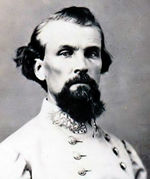 Barbour, in fact, believes lobbying skills are exactly what are needed to succeed at 1600 Pennsylvania Ave. The guy who gets elected president will immediately be lobbying. Thats what presidents do for a living, said Barbour in a Politico report on Feb. 13.

Haley, who also is chairman of the Republican Governors Association, is on shaky ground. One could make an argument that community organizers -- blessed with the art of forging coalitions with opposing groups -- are even more prepared for the presidency than lobbyists. That hasnt been the case for the current Organizer-in-Chief, whose efforts to win support from Republicans have gone nowhere.

Haleys presidential aspirations for the White House are becoming more and more of a stretch in the aftermath of his embarrassing refusal to pan a plan to honor the first Grand Wizard of the Ku Klux Klan. The Mississippi division of the Sons of Confederate Veterans wants to salute General Nathan Bedford Forrest with a commemorative license plate to mark the 150th anniversary of the Civil War. Forrest is fondly remembered as the wizard of the saddle by those who refer to the Civil War as the War Northern Aggression. That swashbuckling image is severely tarnished by Forrests slaughter of black union soldiers who had surrendered to him at Fort Pillow in Tennessee.

The confederate force of 2,500 men under Forrest overran Fort Pillow, driving the already surrendered union soldiers to the bluff of the Mississippi River. Only 62 of the nearly 300 black soldiers survived the onslaught. The Fort Pillow Massacre became a rallying cry in the North, while southern apologists still try to whitewash Forrests reputation. Lets put that controversy aside for a moment.

If Fort Pillow wasnt enough to raise a protest from Barbour, his guy Forrest went on to become the first Grand Wizard of the Ku Klux Klan.

Mississippis NAACP has correctly attacked the license plate plan as absurd. Smooth-talking Haley, however, has refused to denounce the license plate drive because he says theres no way in the world that a Forrest license plate is going to happen in todays enlightened Magnolia State. Thats a cop out. Leadership ability is another fine trait for Presidential candidates. Barbour flunked that test.

Since Barbour departed BGR, the D.C.-based operation has set up a PR wing. Haley should check in for some advice about restoring his reputation.