Look to the Far East, crisis PR managers. The Peoples Republic of China is hands down the best when it comes to responding to negative press, according to a report in todays New York Times.

In its quest to stamp out any inkling of free speech, Chinese officials have become masters of monitoring the media. Software officials are developing sophisticated tools to track trending topics in order to zero-in on potentially disruptive news. 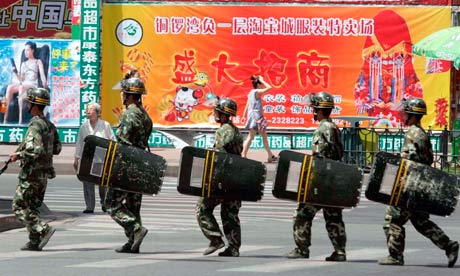 In the Orwellian name of stability maintenance, propaganda officials work tirelessly to respond to a sudden news incident in less than two hours. Failure to do so, the event goes viral even on the heavily filtered Chinese Internet.

Lately, Chinese police have been roughing up the so-called strolling protesters, who have been called via the Internet to hit the pavements in a call to democracy. Western journalists are warned by government officials to stay away from places like McDonalds, but not due to any nutritional concerns. Rather, the fast-feeder is a magnet for those political walkers out to exercise their limbs, minds and rights.

Geez. Arrested for taking a walk to a Mickey D's! How long can Chinas leadership remain in its cocoon?

The Times reports that China spends a whopping $77B for public security, which is on par with its defense budget. Doesnt a developing country like China have better things to do with $77B?

Even people complaining about food prices may get a visit from the goons in the flying tiger squads of young people that aid police in maintaining harmony. How boring.

Chinese officials justify their emphasis on stability on the need to govern a poor country of more than 1B people. In reality, China is planting the seeds of its own destruction.

The Times reports on the growth of an entrenched stability apparatus in the aftermath of the high-profile Beijing Olympics and the crackdown in Tibet. Thousands of stability maintenance offices have opened and more than 300K government workers are involved in community service management.

What China needs is a Tea Party movement to challenge out-of-control spending. This blogger urges Americas Tea Partiers to look overseas and travel to China, a place where they are really needed. (Also, take Glenn Beck with you.)

The Times quotes a local party secretary saying the huge outlay for civic maintenance shows that stability can be bought. Theres a better quote from human rights lawyer Pu Zhiqiang, who believes that limiting peoples freedom and trying to restrict the flow of information isnt dealing with the underlying problems China faces. This strategy is s only going to create more enemies of the government.

Theres a sound reason that Chinese officials are censoring and restricting coverage of the unrest in the Middle East. They are protecting their own hides.

It wont be tomorrow, but China will certainly face its own revolution led by people who long for some fresh air.

(Image via the Guardian)