The French-led attack on Col. Gaddafi's Libya is presented as part of a broad coalition possessing the snappy marketing brand name of Operation Odyssey Dawn, according to Michele Flournoy, the Pentagons Under Secretary of Defense for Policy.

Actions speak louder than words. Who is the coalition? 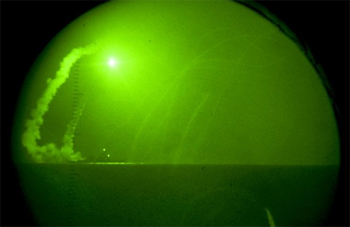 Its noble mission is to a protect the people of Libya from the madmen holed up in Tripoli with hundreds of human shields as protection. Hats off to that! If the goal of Operation Odyssey Dawn is so pure and righteous, why wont members identify themselves?

France, Britain, U.S., Italy, Canada and the Arab state of Qatar are so far the only public members of more aptly named Coalition of the Bashful. Flournoy looks a bit foolish when she declares an increasingly broad international coalition that includes European and Arab nations that are willing to offer military participation, access, basing, financial support and so forth. Who, where are they?

Qatar, to its credit, reportedly is providing four Mirage jets to help with no-fly zone support.

Where are the Arab Legions that participated in Operation Desert Storm? The Saudis sent an estimated 75K troops. It was followed by Egypt (35K), Kuwait (10K), Oman (6K), United Arab Emirates (4K) and Qatar (3K). The U.S. and U.K. did a huge bulk of the fighting that liberated Kuwait and punished Saddam Hussein. Arab participation however provided an important imprimatur to that effort.

Via its recent restraint, the powerful and American-armed Egyptian Army aided the revolt that toppled Hosni Mubarak. If the Egyptian Army is truly in support of democratic development in the region, it should send tanks and men over the border to secure Libyas eastern region before helping the rebels march to Tripoli.

The Tunisian military, hardly an awesome might, could secure the western Libya for rebel forces without much sweat.

And where is Saudi Arabia? The Saudis and forces from the United Arab Emirates marched into Bahrain to prop up the corrupt government there. They could gain PR redemption by sending planes and troops to Libya.

France deserves credit for taking the lead in Operation Odyssey Dawn. President Obama is right to restrict participation of the overextended U.S. to air and naval support. There is zippo U.S. support for American troops in Libya.

Supported by Arab ground troops, the Libyans must be in charge of the effort to liberate their country. That may already in the works. The online Daily Mail is reporting that a Libyan Air Force pilot led a kamikaze attack into the barracks of a crack brigade, killing the No. 6 son of Col. Gaddafi. Khamas Gaddafi was in charge of the feared Khamis Brigade, reports the Mail.

The death of Khamas, reported by Algerian TV, has not been confirmed. It doesn't sound so off base. Many Libyan forces have defected to the rebels and more are expected due to the pounding they are receiving from western and possibly Qatari firepower.

Gaddafi does not possess a military that is a fraction as strong as Saddams force of the early '90s. If a combined force of 100K Egyptians, Saudis and Kuwaitis showed up in Libya, the Colonel would crumble without much of a fight.