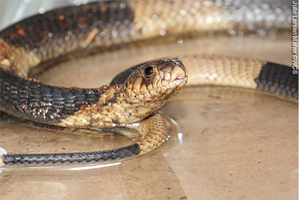 New York PR agency chief Jerry Schwartz said the anonymous tweeter who became the voice of the escaped (now found!) Bronx cobra has a future in PR with his agency, if he wants it.

Generating over 199,000 Twitter followers in such a short time proves that a career in social media and public relations is the way to go," said the head of G.S. Schwartz & Co.

Schwartz said a mid-sized agency is perfected suited for the scribe and that he or she could play a key role in implementing many digital programs the agency conducts for clients. He said he has reached out via Twitter.

The snake has come out of hiding and we hope the person behind the persona will do so as well, so we can arrange our first meeting, he said.