With a veteran publicist blazing an unconventional PR trail, the actor Charlie Sheen's national tour is a case study in taking a message directly to an audience and leaving the established press among the masses.

"We sold one hundred thousands tickets without issuing a press release, without any advertising," said Sheen's new publicist, Larry Solters, a longtime entertainment PR pro who earned his stripes repping bombastic personalities in rock like the Eagles, Guns 'n' Roses and Van Halen. 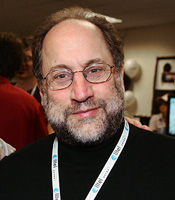 As Sheen's show hits New York tonight, Solters has yet to issue a photo credential, press credential or any other sanction to a reporter. The coverage Sheen has garnered from mainstream media -- from the Cleveland Plain-Dealer to the New York Times -- has been from reporters who bought tickets themselves.

"We followed the pattern of Charlie's support -- a groundswell of social media," Solters told ODwyers. "All of the video, the blogs, the coverage has come from the audience. No one had any special access. I've always had a problem with a 40, 50, 60-year-old reviewing a teen act, anyway. The only people reviewing a show should be the ones going."

Solters, son of the late Hollywood PR legend Lee Solters, defended the PR approach, even amid rough reviews for Sheen's debut performance in Detroit, criticism which lightened a bit in Ohio. He repeated several times that more than 100,000 tickets have been sold by speaking directly to Sheen's audience.

"I've been in the business for 35 years. I've done the press conferences, the EPKs, advance stories, so-called tons of PR," he said. "I've never done anything like this and it's been so successful."

The end-run around established media is not a cold shoulder, however. Solters told O'Dwyer's on Thursday that he had received about 750 emails in the past week, mostly credential requests and other inquiries from reporters. He said he's answered every email and noted most of the feedback from the press has been respectful thank you's for replying.

Sheen was as radioactive as a PR client can get in February, when he was fired from his top-rated CBS sitcom after publicly criticizing his boss and setting in motion a remarkable rise in the public consciousness and popular culture.

While large swaths of the public became enamored with Sheen's colorful digital diatribes against his CBS bosses and others, many in the PR industry took to the airwaves and print to offer suggestions, tactics or just to criticize the actor, who, in the words of one veteran publicist, was "unrepresentable and reprehensible."

Solters said "a friend hooked me up" with an introduction to Sheen last month and he agreed to take on the work after bonding with the actor over baseball.

"He's a genius and is very work intensive," said Solters. "I'm learning a lot from his incredible talent of dealing with pop culture."

Sheen faces his fans and a likely contingent of ticket-holding New York media tonight at Radio City Music Hall. Solters will be in the wings.