Many friends of this blog emailed me Joseph Stiglitzs warning about how Americas massive income inequality will bring about a day of reckoning. I have recapped the piece, but its better to read the entire article. 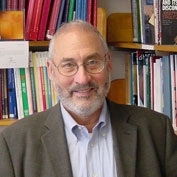 Stiglitz believes its a matter of time before America rises up against the one percent of the population that controls 25 percent of the nations income and 40 percent of its wealth. The chasm separating 99 percent of America from the upper-tier has never been greater, Stiglitz wrote in his May Vanity Fair piece called Of the 1%, by the 1%, for the 1%.

In terms of economic equality, America lags behind any country in the old, ossified Europe that President George W. Bush used to deride. Among our closest counterparts are Russia with its oligarchs and Iran, he wrote.

Stiglitz notes that when societys wealth is so lopsided, the haves are reluctant to spend money on the common need. The rich dont need to rely on government for parks or education or medical care or personal securitythey can buy all these things for themselves. Alienation develops.

The vast inequality undermines economic efficiency as talented young people grasp for the astronomical rewards in the financial sector rather than fields that would lead to a more productive and health economy.

The super-affluent are against a strong central government that could use its powers to adjust economic imbalance, take some of their wealth and invest in the common good. The Top One percent want a government that is too gridlocked to redistribute, too divided to do anything but lower taxes.

Inequality distorts U.S. foreign policy. Since the children of the Top One Percent rarely join the all-volunteer army, military misadventures overseas abound. The wealthiest feel no pinch from higher taxes because wars are fought on borrowed money, according to Stiglitz. Corporations and defense contractors thrive.

America has become like Egypt, Tunisia, Bahrain and Libya, places where wealth is a main determinant of power; where entrenched corruption of one sort or another is a way of life; and where the wealthiest often stand actively in the way of policies that would improve life for people in general.

Stiglitz sees the need to return to the American tradition of pragmatism, where looking out for the other guy isnt just good for the soulits good for business.