If anybody is still questioning the cost-effectiveness of PR, he or she should look no further than BP, villain of the Gulf of Mexico disaster.

The former British Petroleum purchased $1B worth of positive PR with news last week that it is making a down payment on its obligation to restore the Gulf. 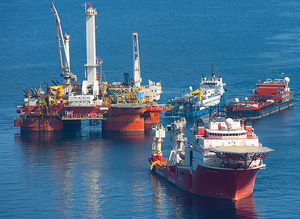 Thats Beyond Puny from a behemoth with annual revenues of $308B. The humble payout, however, did the PR trick, reaping a rich reward.

The move drew a glowing review on the April 24 editorial page of New York Times called Quick Help for the Gulf. The Times called the cash welcome news, though it seems almost churlish to offer caveats. But caveats there are.

The editorial board noted that the agreement marks the first time a company has made early payments under the Oil Pollution Act, passed after the Exxon Valdez disaster. The paper did note that BP is on the hook for billions more, but it is buoyed by the $1B PR bonanza as possible further interim payments.

Note to BP, take the advice from the NYT to heart. Toss another billion in the pot during the next six to eight months to further your reputation rehab, courtesy of the Old Gray Lady.

Earlier last week to celebrate the one-year anniversary of the disaster, BP sued its partners in misadventure in the Gulf. It blamed Deepwater Horizon rig owner Transocean, blowout preventer maker Cameron International and supplier Halliburton for the disaster that killed 11 people and gushed nearly 5M barrels of oil into the Gulf.

The legal squabbling will go on for years. Time though is not a luxury enjoyed by the people of the Gulf Coast.

Heres a safe bet: lawyers involved in the cascade of spill-related suits filed in New Orleans will cash their compensation checks long before victims of the spill get what should rightly be coming to them.