WPP is teaming with two global insurance giants to create a policy that would pay out up to $100M to holders enmeshed in a reputation crisis for PR, lobbying and advertising efforts. 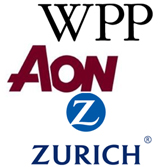 The Financial Times reported Sunday that WPP, parent to Burson-Marsteller and Ogilvy PR, among other units, is banding with Aon and Zurich Financial Services for the image insurance policy, which would carry an annual premium around $5M.

The companies are initially marketing the service to current clients like Dell, ExxonMobil and Bayer, according to the FT.

The move comes as global giants like BP and Toyota have taken major reputation hits that have called for massive (and expensive) campaigns to repair their images.

The FT said WPP chief Martin Sorrell has been involved in the development of the insurance policy and noted WPP would advise holders on PR and ad spending for the first few months of a crisis up to $25M.