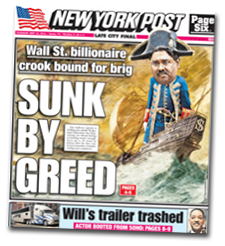 "I think the world has been built around people trying to get information nobody else has," Morgan told NIRI's IR magazine. "Reg FD tried to draw some boundaries. This case today shows those boundaries are going to be enforced."

Morgan said the high-profile conviction of Rajaratnam is a "learning opportunity" and chance for IR pros to reinforce internal policies about speaking to outsiders.

The SEC in January charged an IR firm executive in its case against Galleon.