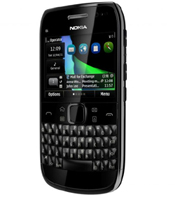 Ketchum was the U.S. incumbent, while GolinHarris and Good Relations worked Finland and the U.K., respectively.

Earlier this year, Nokia said would be adopting Microsoft's Windows Phone 7 software for its smartphones in a billion-dollar deal between the companies. Some media and analysts have suggested the pact is a precursor to an acquisition by Microsoft.