The U.S. Chamber of Commerce will work with Edelman to gauge the perception of its brand ahead of the business lobby's 100th anniversary next year. 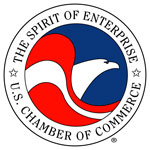 J.P. Fielder, director of U.S. media relations for the D.C.-based Chamber, confirmed that Edelman won the review, which this website reported in March involved an RFP process with a handful of firms.

The Chamber is undergoing a PR shift of sorts with the exit of its VP of communications and strategy last month, Tita Freeman, for the Nation Retail Federation. The group in March hired House Speaker John Boehner's digital media director, Nick Shaper, for a top slot overseeing digital strategic communications.

The Chamber was formed in 1912 after a call by President Howard Taft for a central group to keep business interests in touch and "American interests in closer touch with different phases of commercial affairs." It represents three million businesses and was the top lobbying spender last year with $132.1M in outlays, according to the Center for Responsive Politics.