Coyne PR today announced that it won the Hong Kong Tourism Board in a competitive pitch to position "Asia's world city." 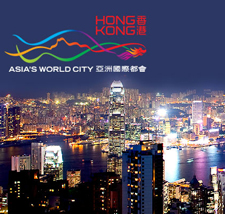 The Parsippany, N.J.-based firm is to maintain a news bureau and organize FAM trips. It plans to leverage its clout with celebrities for endorsements of the Chinese city that "offers an adventure around every corner."

Crisis management also is on the menu.