SearchEnginePeople.com has put the three-to-one ratio of PR pros to journalists (first noted by ProPublica last month) in graphic form: 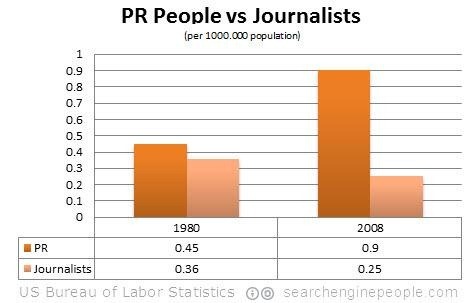 From 1997 to 2007 there was a 30% job growth in independent PR, including in-house PR or PR departments in agencies, SE says.