Arthur Yann, VP-PR of PR Society of America, has admitted in a reply to a member that members should refer to net assets rather than reserves in talking about the Societys cash and investments.

CPAs, however, challenged Yanns use of the term net assets because of the non-standard way the Society calculates its net assets.
They say it is in violation of Section 5.46 of FASB (ASC 958-605-2-1) which calls for dues to be recognized over the period to which the dues relate. 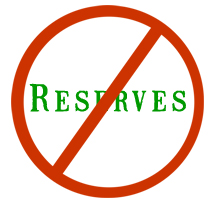 The 2010 PRSA audit by PKF says Membership dues are allocated between the portion representing publications received by the members [$290,948], which is recognized during the membership year, with the balance recognized upon receipt.

CPAs told this website the reference to dues being recognized upon receipt is a flat violation of FASB. They cant understand how the Society gets away with this violation of one of accountings basic rulesthat income is booked as earned.

The Society in the 1990s had Ernst & Young and Deloitte & Touche as its outside CPAs. Former PRSA officers said none of the Big Four (also including PriceWaterhouseCoopers and KPMG) will work for the Society.

The International Assn. of Business Communicators, a similar organization, which also has anniversary billing ofdues, showed deferred revenue of $1,623,819 on dues income of $2,963,246 for the year ended Dec. 31, 2009 (latest year available).

The IABC audit, by RK Taylor & Assocs., says Membership dues and fees revenue are recognized on a straight-line basis over the period of the membership, which is generally one year.

Yanns posting is in reply to a member who asked how the Society calculates its reserves. The member used the term reserves nine times.
Accountants only use that term in connection with banks where it has a specific meaning.

Profit and non-profit corporations refer to assets and net assets, the CPAs said.

The member asked the Society to compare its reserves to those kept by other associations.

Yann replied that in 2010 the Societys net assets were 33% of budgeted expenses.

Net assets of PRSA, as calculated by IABC and numerous associations including the American Bar Assn., American Medical Assn., American Institute of CPAs and American Society of Assn. Executives, would only be $1.2M or 12% of expenses.

The Yann posting says the Society surveyed 41 organizations with revenues of greater than $10M and found the average net asset level is 56% of budgeted expenses.

CPAs said that because of the non-standard way PRSA calculates its net assets, it cannot compare them to the net assets calculated following FASB rules.