Maryland is on the hunt for agency support to develop a campaign targeting influencers and anti-smoking groups about youth cigar smoking, which is on the rise despite declines in cigarette smoking. 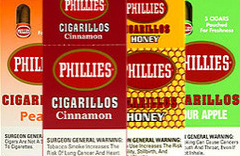 The states Department of Health issued an RFP June 15 for a healthcare communications campaign on a tight budget  $60K in federal stimulus funds  targeting local and state officials and non-profit/advocacy groups to urge tighter regulation as young adults in Maryland have increased the use of smoking small cigars (22% in 2008).

Flavored cigarettes were banned by the FDA in 2009.

Firms which have previously worked for tobacco companies must file a conflict of interest affidavit.

The state notes that small cigars, or cigarillos, are taxed at a lower rate than cigarettes and come in fruit and candy flavors. Many youths also believe cigars are less harmful than cigarettes, the RFP notes.

Exposing the dangers of these and other tobacco products along with manipulative tactics of the tobacco industry to sell tobacco products to youth will aid in shifting the social-norm environment towards non-tobacco use, reads the RFP.

Proposals are due July 7.