Kekst and Company and Sugerman Communications Group have been named to the PR team for the Los Angeles Dodgers as the baseball franchise filed for Chapter 11 bankruptcy protection Monday morning. 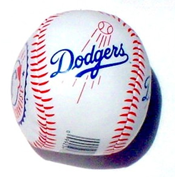 A divorce battle between the teams owner and his wife sparked a financial crisis for the team which worsened last week when Major League Baseball scuttled a deal for the Dodgers television partner, FOX, to provide revenue up front to keep the team operating. Baseball commissioner Bud Selig said too much of the revenue was directed to owner Frank McCourt, rather than the team's operations.

In a statement June 27, McCourt blasted Selig for shooting down the FOX deal, saying Selig has turned his back on the Dodgers, treated us differently, and forced us to the point we find ourselves in today.

The Dodgers legal counsel Dewey & LeBouf said the team has enough committed financing ($150M) to meet short term expenses and reorganize. The teams day-to-day-business and season will be unaffected, according to a statement.