"In PR Category, PR Shops Come up Short While Ad Agencies Stand Tall," reads the headline in the June 27 Advertising Age about the whipping that public relations firms took in the mercifully ended Cannes Lions Festival. 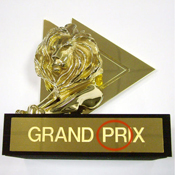 Whipping may be too strong of a description. Many firms didnt bother to show up. Why? Do they feel inferior to the geniuses of the adworld?

They shouldn't feel that way.

Britains Lord Bell, a founder of Saatchi & Saatchi and chairman of Chime Communications, parent to Bell Pottinger, was tapped to chair the first PR panel of judges. He crowed that the new category will further elevate the recognition of reputation management without our industry.

What happened this year? Of the 105 campaigns on the shortlist, only 20 were submitted by PR firms. Thats less than half of the 45 drawn up by ad agencies. Some PR shops used the tired old cobblers children excuse, which Ive heard tens of times during my tenure at ODwyers, for not submitting.

Julie Winski, Porter Novelli president, told Ad Age that PR people arent comfortable about talking about their creative work and sees the need to learn how to package our work differently, learn to tell the story. Story-telling is what PR is supposed to be good at.

Dave Senay, CEO of Fleishman-Hillard who presided over the PR jury, sees a certain amount of isolationism in our industry. Marian Salzman, helmswoman of U.S. PR operations of multinational Euro RSCG, cited the cost of entry.

Meanwhile, ad agencies destroyed PR at its own game last week. Thats got to stop or PR will only fall further under the thumb of advertising.

This blogger covered the ad and marketing business for a decade before joining O'Dwyer's. There was never a reluctance among ad people to boast about their work and either knock or praise the output of other shops. It's a matter of pride and respect for the business. Thats the biggest difference that Ive found between the advertising and the close-mouthed (shy?) PR sectors.

Its widely accepted that PR is much more cost-effective than advertising. In my experience, PR pros are just as creative as ad people. Why not flaunt it? The poor-cousins-to-ad-agencies routine just doesnt cut it. It a cop out.

PR needs to get rid of its small mindedness. If widely perceived as less creative than advertising, PR is going to lose any shot that is has of shaping the social media scene.