The Port of San Francisco, which encompasses some of that city's prized landmarks and key commercial activity, is preparing an RFP to bring in PR help as it slates a 150th anniversary and the hope of landing the 2013 America's Cup. 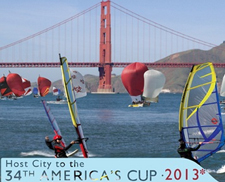 Encompassing an eight-mile stretch of waterfront from the anchorage of the Golden Gate Bridge, the port includes Fisherman's Wharf, the Embarcadero and AT&T Park, as well as commercial shipping facilities. It is planning its 150th anniversary in April 2013 and will host the 34th America's Cup that year, pending an environmental review, as well.

Renee Dunn Martin, communications manager for the port, told O'Dwyer's an RFP is scheduled to be released on July 6. [Update 7/7: The RFP has been postponed. Those interested are asked to check sfport.com for updates.]

According to an RFP release request from port staff to its governing body of commissioners earlier this month, the search will tap three contractors on an "as needed" basis to handle strategic media relations concerning its facilities, tenants and operations. The tentative PR commitment is partly due to the fact that the America's Cup is not yet officially booked for the city.

The port's financial stability "relies to a large extent on public perceptions" and attraction of visitors," according to the memo, which adds that creation of a more comprehensive media relations plan and marketing program to maximize "positive visibility" is also planned for the winning bidders.