Assembly delegates of PR Society of America have been invited to take part in a discussion of the proposed $30 dues hike Wednesday, July 27 at 11 a.m. and 4 p.m. EDT.

Only Society members are allowed on the call. Others face prosecution for hacking or eavesdropping, a crime. 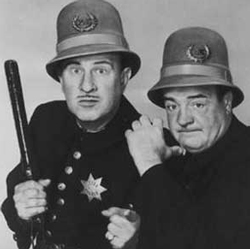 The Societys teleconferencing service tracks phone numbers of all who access the call. This is a Keystone Cops attempt to stifle much needed press coverage of the Societys finances.

However, theres nothing to stop members from recording the call and/or reporting what happened to the press.

The worst part is that there is a teleconference at all rather than leaders and staff facing members and the press in-person.

Ideal place for this would be New York, which has not only the single biggest chapter in one city (650 members) but four PR trade publications and many thousands of PR pros.

Leaders/staff are not only in flight from the press but from their own members.

The PRSA bylaws re-write of 2009 and last years debate on allowing non-APRs to run for office were conducted electronically. Leaders never faced any chapter memberships in person.


Participants Will Be Ill-Informed, Timid

If past experience holds, no more than a couple of dozen delegates out of several hundred will show up and they will be ill-informed and timid in their questioning.

They would never dream of asking the questions we would ask which are:

--Bill Murray, what are your pay/fringes for 2010-11 and do you have a new contract? What is it? Why do you make us wait two years to find out your compensation?

--As for staff, why cant we see the names and contact points of all 55 or so any more? Only seven are now listed.

--Cant we have back the single list of 110 chapter presidents? This has cut down on interaction among presidents.


Audit Chair Is Not on Board

--You say you are committed to Sarbanes-Oxley. But that demands that the audit chair be on the board and audit chair Cheryl Ball is not. How do you explain that? She doesnt seem to have the required financial expertise. Her website mentions an NASD test when that was succeeded by FINRA four years ago.

--Cornell Universitys free and secure e-mail voting system has been used more than 60,000 times by groups. Why doesnt the Society use it for the dues increase, electing officers and board and many other purposes? Your bylaws re-write committee wanted direct elections.

--Are you again going to withhold IRS Form 990 from the Assembly? It has the pay of the top eight staffers. Its not available in convenient electronic form until early the next year, making members wait two years for such information. Initial deadline was May 15. What is the holdup since your audit came out in April?

--What possible excuse do you have for either not broadcasting the Assembly live or at least making a recording of it available?

--Cant members have back a transcript of the Assembly which they had for decades until 2005?

--Do we need all this legal work--$124,016 in 2009 after $98,865 in 2008 for a total of $222,288 in just two years? You are withholding the legal costs for 2010. The bylaws re-write was not done according to Roberts Rules because all articles were not presented to the Assembly. Also, proxies were used when the Society satisfied New York States demand for a specific rule against proxies by adopting RR. Wasnt this bad lawyering?

--You have the Business Case for PR. Why isnt anyone from the staff or elected leadership out pitching it?

--Please tell us why you wont even discuss the possibility of a PDF for the members directory? This would be cheap to put together, would be up-to-date, and would not cost the Society anything in printing or mailing. PR professors have pleaded for this since it was a great aid to students in their job-seeking.

--Why cant we have some senior members at h.q. who are loyal to the membership and who can see how our money is being spent? This would be far superior to any audit or financial reports that could be made, right? The major professional groups (ABA, AMA, AICPA, etc.) all have many of their own professionals on staff and are all headed by one of their own professionals, right? They all have at least two assembly meetings a year and all defer about half of their dues, right? Arent we oddballs among professional associations?

--Your notice of this teleconference says Assembly delegates need to be named by August 16, 60 days prior to the meeting.

So there is no Assembly until 60 days before it meets. Members have no national list of representatives until then. Also, that list is only available to delegates and not all of them are on it. Its a voluntary list. What kind of a democracy is this? The delegates dont even represent the membership since only 18% of members are APR and three-quarters of the delegates are APR.

The previous bylaws said delegates were elected by Dec. 1 of the previous year and served throughout the year. The list of such delegates was available to members and the press until 2005.

Current bylaws say The term of office of all elected delegates, except chapter delegates, shall be one year beginning Jan. 1 or until their successors are elected.

So members or the press would have to call up 110 chapters to find out when they elected their delegates.

(Abbott and Costello image via)