Edelman, which has represented Burger King since 2005, has declined to re-pitch the business of the fast-feeder that was purchased by 3G Capital in October. 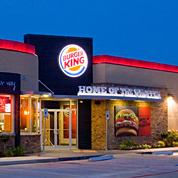 CEO Richard Edelman told ODwyers that Burger King planned to slice its PR budget in half, but wanted a similar commitment to the account from the No. 1 ranked firm. Under those conditions, there was no way the firm could succeed, he said.

3G Capital, backed by a group of Brazilian investors, acquired Burger King for $4B including debt. The transaction was the biggest restaurant deal in a decade, according to Bloomberg.

3G Capital bills itself as a value-oriented investment firm that works to maximize the potential of brands. It has implemented a global restructuring and a zero-budgeting program at Burger King that resulted in a $6.8M first-quarter loss compared to a year ago $48M profit. Sales tumbled eight percent to $552M.

A Burger King staffer confirmed that the company is looking to hire a new firm, but did not provide any details.

Goldman Sachs, Bain Capital and TPG Capital bought Burger King, which recently retired its creepy King corporate symbol, from Diageo for $1.5B in `02. The company went public in `06.