Xe Services, the security contractor previously known as Blackwater, has hired D.C. PR firm Gibraltar Associates as the company looks to build its ties in the capital and move forward with new ownership. 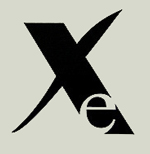 Xe, purchased by an investor consortium, USTC Holdings, in December, is also moving its headquarters staff to Arlington, Va., from its base in Moyock, N.C., to establish a D.C. footprint, according to CEO Ted Wright.

Earlier this month, USTC tapped lobbying veteran and former Clinton White House counsel Jack Quinn as a director of the company. He is chairman of the Quinn Gillespie & Associates shop in D.C.

John Procter, partner at Gibraltar, told ODwyers his firm was brought on to help Xes new owners communicate the focus and goals in terms of moving ahead as a company.
After Xe was referred to Gibraltar, Procter said the firm did a lot of due diligence, as it often does, before taking on the client.

We were impressed in a number of conversations with its new leadership and board, he said. They are the best in field at what they do.

Procter has the unique experience of being a former Blackwater protectee when he was a press officer for the Coalition Provisional Authority in Iraq in 2004.

Corallo Comstock, the D.C firm of two former Justice Dept. PA staffers, and Burson-Marsteller, via its BKSH & Associates unit, worked for the company in 2007-08 when it was under intense Congressional and legal scrutiny.

Former Attorney General John Ashcroft is an ethics advisor and board member, as well.

This move demonstrates our commitment to foster even stronger relationships with our customers in and around Washington, said Wright of Xes increased D.C. presence.