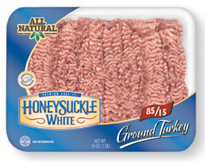 Minneapolis-based Cargill, the largest private company in the U.S., mainly utilized in-house resources, although APCO Worldwide was called in to do media prep for its turkey business president Steve Willardsen.

Mike Martin, director of communications for Cargill in Wichita, told ODwyers that director of media relations Mark Klein was deployed to the Springdale, Ark., processing facility where the recalled poultry meat originated. On site there, he handled local and regional media, including TV affiliate coverage that aired nationally.

Cargill announced the recall Aug. 3 citing an internal investigation, as well as information from the Centers for Disease Control and a probe of the salmonella strain by the U.S. Department of Agriculture. It suspended production of ground turkey products at the Arkansas plant until the source of the outbreak is located.

"Given our concern for what has happened, and our desire to do what is right for our consumers and customers, we are voluntarily removing our ground turkey products from the marketplace," Willardsen said in a statement.

The company also enlisted Minneapolis-based Rust Consulting to work with its in-house consumer relations team and set up a call center. Through Aug. 7, the company received more than 24,000 consumer inquiries, said Martin, who handles media inquiries from Wichita.

The USDA said a total of 79 people from 26 states have been infected with the outbreak strain of salmonella heidelberg between March 1 and August 3. One person has died.