A proposed bylaw of PR Society of America would let past chairs vote in the Assembly if they vote as chapter delegates or in some other non-ex-chair capacity.

The current bylaw says the ex-chairs are nonvoting members of the Assembly.

This change would further pack the Assembly, since the ex-chairs would be super-loyal to leadership/staff and all would be APRs, an end-run around the 2004 bylaw that made non-APRs eligible for the Assembly. 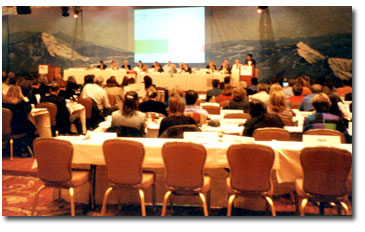 Three ex-presidents since that year are deceasedSteve Pisinski, John Beardsley and Hal Warner.

The only rationale offered for the change is: This is to clarify the role of past chairs at the Assembly.

An attempt by leadership in 2009 to add about 30 appointed national chairs as voting delegates was defeated by the Assembly.

The Assembly already is packed with the 17 national board members, 10 district chairs and 14 section chairs.

PRS/Houston at one time demanded that such leadership had no business being in the Assembly and voting on their own proposals but was ignored.

Member Joe Stabb of Syracuse posted on PRSAY that the Society should not be seeking a dues increase just because it has a budget shortfall but should be trying to be leaner, more productive and more efficient.

He wanted to know what would be cut without the increase.

Chair Rosanna Fiske told him there is no way to know at present what may be cut.

No budget is finalized until the late fall in preparation for the new year, wrote Fiske.

No decisions will be made until the Assembly votes up or down on the dues increase, she added.

Stabb was sent an e-mail noting the Society lost $2.9 million on APR from 1986-2002 and deprived itself of millions of income by only having the national conference in New York once (2004) since 1990. More than $1 million has been spent on Leadership Rallies since 1999 for chapter, section and district leaders supposedly to instruct them on how to retain and attract members. Nothing has ever been published by the group on that topic.

Fiske offered to participate in a chapter board meeting.

Neither she nor any national leader or staff member has made arrangements to personally confront any chapter membership.

This website has e-mailed the presidents of nearly all of the 110 chapters asking if chapter members will be allowed to vote on the dues hike. The few chapters that replied said the board will make the decision. The chapters have been e-mailed the Cornell service that allows for free, secure e-mail voting and which has had more than 60,000 users since 2002.

The web address has also been sent to Society h.q. and national board members.

VP-PR Arthur Yann is ignoring a request by this writer for credentials for the 2011 Assembly and conference.

We need such credentials before approaching the Marriott in Orlando for hearing assistance needed in covering the Assembly and conference.

Last year arrangements were made with the Washington Hilton for such assistance. However, at the last minute, Yann said any ODwyer staffer would have to pay the full conference fee of $1,275 to attend the conference.

This offer was refused because reporters from PR News and PR Newser were allowed free admittance.

Here is a link to a blog on this subject last year.