PR Society of America in 2009 failed to supply hearing assistance requested by this writer for its conference and in 2010 allowed for use of such devices but suddenly decided ODwyer staffers had to pay $1,275 to attend the conference while other PR reporters went free.

No such fee was paid to the Society.

We have filed a complaint with the U.S. Justice Dept. charging PRS with violation of the Americans with Disabilities Act. 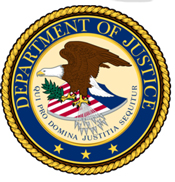 PRS has no enforcement mechanism for alleged violators but the Justice Dept. does. Complaints can be filed without the assistance of a lawyer.

The Act not only requires organizations meeting in public places such as hotels to provide assistance to anyone with handicaps, but forbids groups from engaging in any sort of retaliation against those who request assistance (ADA.Section C.F.R. #36.206).

Suddenly and for no good reason demanding payment of $1,275 to cover the conference while Scott Van Camp of PR News and Tonya Garcia of PR Newser went free constitutes retaliation. Charging any sort of surcharge is forbidden under Section 28, C.F.R. #301 (c).

The only reason given by PRS VP-PR Arthur Yann was that this website failed to cover any events at the 2009 conference. This was false because major coverage was given on this website to speakers Arianna Huffington and Wendell Potter.


Credentials Withheld So Far This year

PRS thus far is refusing to say whether ODwyer staffers will be credentialed for either the 2011 Assembly or conference.

This constitutes further retaliation since arrangements have to be made with the hotel (Marriott in Orlando) far in advance of the Assembly and conference.

Yann said months ago that we could apply as of Aug. 15 for credentials. That request was made via e-mail to him and PR staffer Diane Gomez but has been ignored.

ADA requires that the law applies to an entire conference and that once assistance is given to a handicapped person for one part of the conference it must be given to all parts. 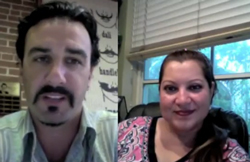 PRS chair Rosanna Fiske, interviewed for forbes.com by Alan Perlut of the Elasticity PR firm, St. Louis, said she does not believe that anyone in PR sets out to deceive anyone.

As a matter of fact, she added, in many ways we are the ones that actually act as the conscience of our organizations.

PRS, in fact, engages in a major lie because it fails to tell new members they will be second-class citizens until they fork over another $410 and undergo the Accreditation process, no part of which involves writing or creativity.

Applicants bring in materials they have allegedly worked on and get judged by fellow chapter members who may be their co-workers or their employees or bosses.

Having completed that process, they then take a 3.5-hour automated multiple choice test. Its a form of hazing in which newcomers make their bones and show theyre loyal to the Society.

APRs have given themselves the exclusive right to national board and officer posts since about 1975 and are the only ones allowed on the Ethics Board. Three-quarters of the Assembly is APR as are more than half of the 110 chapter presidents. Ten of the 11 bylaw re-write committee members were APR when only two should have been (APRs are 18% of the membership).

Perlut, who asked for Fiskes take on the Facebook/Burson-Marsteller ethical uproar in May, was told:

Fiske said she does not believe that anyone in PR sets out to deceive people. She added, As a matter of fact, in many ways we are the ones that actually act as the conscience of our organizations.

She said that she had never actually been in a situation where if my ethics were questioned, I could not step out of the situation. I believe that if youre worth anything, youve got to be worth your integrity and have the respect that hopefully youve earned over the years acting as a communicator or spokesperson or whatever your role may have been in PR.

This hesitant, tentative take on Facebook/B-M was almost the opposite of Fiskes attitude in May when she personally lambasted B-M in no uncertain terms to media around the globe.

She told the New York Times (in two live interviews) that B-M violated the essence of PR code of ethics 101 and the Wall Street Journal that B-M was guilty of lack of disclosure and was deceptive.

B-M was accused of anonymously trying to plant negative items about Google in behalf of Facebook.

Fiske/PRS went on a worldwide binge of denouncing B-M, quotes also appearing in The Financial Times and the Telegraph of the U.K. and Der Spiegel, Germany.

She told the Telegraph that the incident was an embarrassment both to B-M and Facebook that reflects poorly upon the global PR profession.

PRS condemns blacklisting of reporters but both Blackball Bill Murray, president/COO, and chair Gary McCormick delivered a blackball to the ODwyer Co. on March 19, 2010.

Fiske told Perlut, who worked at Fleishman-Hillard for many years, that PR pros are best suited to handle social media for clients because they are best at having conversations.

We dont see Fiske or any of the other PRS leaders or staff having any face-to-face conversations with chapter members who are being asked to pay an additional $30 in national dues, bringing the total to $255.

Chapters have been howling that almost all activities are at the local level and that another $30 in national dues will be the straw that breaks the camels back.

Leading the opposition is the Central Illinois chapter which says it will close if the hike goes through. The top three officers are Ph.D.sBrian Sowa, president, of Eastern Illinois University; Peter Smudde, secretary, of Illinois State University, and Jeff Brand, of Millikin University.

Fiske and other leaders, shocked by the strength of the opposition, have promised up to $2,000 in free webinars next year to members who renew and new members.

Leadership, fearful of a revolt in the Assembly, have proposed giving more than 30 living ex-presidents and chairs the right to vote in the Assembly.

The ex-leaders get free lifetime admittance to the annual conference, currently worth $1,075, and free lifetime dues (currently $225). This payment in effect makes them employees loyal to leader/staff aims.

Under similar pressure are the chapter presidents and presidents-elect who make up the majority of Assembly delegates. Presidents-elect are $750 guests of national at the annual spring weekend-in-New York.

Fear of the Assembly is also behind Fiskes proposal to dismantle the 2011 Assembly for a good part of the afternoon, breaking it up into numerous subgroups that will be scattered throughout the hotel.

This defeats the purpose and definition of assembly.