Dominance of PR Society of America by Southerners reached unacceptable levels with the nomination of Southerners to three of four officer posts.

Barring an unlikely challenge, Mickey Nall of Atlanta will be the third chair in a row from the South. Chair Rosanna Fiske of Miami succeeded 2010 chair Gary McCormick of Knoxville.

Current treasurer for an unprecedented two years in a row is Phil Tate of Charlotte, N.C. Nominated to succeed him is Kathy Barbour of Jacksonville, Fla.

Nominated as secretary is David Rickey of Birmingham. He headed the 2009 bylaws re-write committee. Audit chair is Cheryl Ball of Knoxville and Ethics Board head is Tom Eppes of Charlotte. Co-chairs of the Universal Accreditation Board are Jay Rayburn of Florida State University and John Forde of Mississippi State. UAB chair last year was Anne Dubois of Palm Coast, Fla.

When Tate was unable to take part in the July 27 teleconferences on the proposed $30 dues hike, counselor J.R. Hipple of Atlanta was chosen to take his place.

The sole non-Southerner on the five-member executive committee in 2012 will be chair-elect Gerard Corbett, San Bruno, Calif.

Such geographical imbalance is bad for the Society and PR.

There was a revolt against New York City dominance of top Society posts in the 1970s but now the pendulum has swung too far in another direction.

The South is a stronghold of APR, another form of imbalance that is hurtful to the Society and its members.

Only 18% of the 21,000 Society members are APR, but only they can hold office and only they can change this  a sort of Chinese puzzle. APRs comprise three-quarters of the Assembly by the Societys own count. They demolished in short order last year a bid to let non-APRs run for the board for the first time since the mid-1970s.

Dubois, although UAB chair and forbidden to interfere in the workings of member groups, posted on a Society e-group that APR had proved its value and the subject of non-APRs on the board should never be brought up again.

She called APR a mark of distinction and said, Lets move on.


Shades of Gone with the Wind 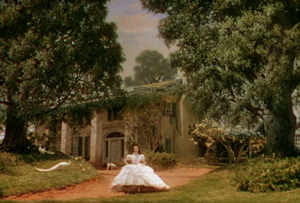 What comes to mind is the Southern aristocracy as portrayed in Gone with the Wind and the overbearing, redneck cop portrayed by Rod Steiger in Heat of the Night.

Comparing PRS with Steiger is not too far-fetched.

ODwyer staffers have been threatened with arrest on eavesdropping charges for listening to a Society teleconference.

Such teleconferences should be available to all PR pros since the Society claims to represent not only members but the entire industry worldwide.

Society members who take part in PRS e-groups are warned in a four-page memo that they face prosecution under federal and New York State laws if they so much as make more than one copy of a posted e-mail or forward it to another person.

This editor as well as members get the feeling were on I-95 headed through Southern states where speed traps await anyone who goes one mile past the speed limit.

The APRs are the Southern aristocracy of the Society even though the APR test at no stage involves any writing or creativity.

The Readiness Review consists of a candidate showing materials he or she allegedly worked on. The test itself is a 3.5-hour multiple-choice test that also involves no writing or creativity.

Would anyone hire a lifeguard on the basis of a multiple-choice test?