News Corp. has put the historic East London headquarters of its British newspaper group on the auction block.

Fortress Wapping is where News Corp. Rupert Murdoch and his then ally Margaret Thatcher broke the power of the British trade unions. After 6,000 staffers of the Times, Sunday Times, News of the World and Sun called a strike in 1986, Murdoch moved production facilities from Fleet Street to the 15-acre Wapping site and replaced the strikers. 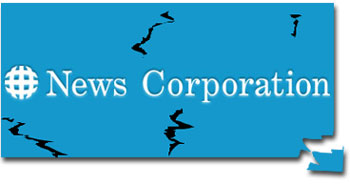 Violent confrontations ensued, but Murdoch, bolstered by a strong police presence, ultimately prevailed, paving his way to being media baron of the Britain. UKGuide.org pitches Wapping, which no longer prints Murdoch's papers, as a name associated with the pitched battles between police, sacked printworkers and News International's security staff. However, this was a few years ago now, and the printworkers, sadly defeated, moved on who knows where.

It may be time for the Murdochs to follow those printworkers who have moved on. Senior Murdochs power is quickly unraveling in the aftermath of the phone hacking and police bribery scandals that may bring down heir apparent, James.

James Murdoch issued a statement today, saying that he stands by his earlier testimony. Meanwhile, Jonathan Chapman, ex-legal affairs director for News International, testified that Rupert Murdoch misled parliament when he blamed NIs law firm for not revealing the seriousness of the hacking scandal. In a sign of how the once mighty have fallen, the Murdochs may be called for further parliamentary testimony.

Meanwhile, News International today announced that it will lay off 110 of its 3,000 newspaper staffers. This time, those layoffs have nothing to do with achieving greater production efficiencies.

It's a matter of survival.