Scott Bartz, a former Johnson & Johnson employee, is set to release later this month "The Tylenol Mafia," a critical look at the company and the 1982 Tylenol recall often held as one of crisis PR's most vaunted case studies. 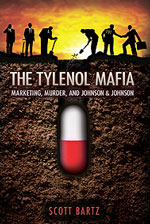 BNET's Jim Edwards said today the book is likely to become a "PR headache" for J&J as Bartz has accused the company of falsely inflating sales of its drug Risperdal, as well.

Although the carefully curated story of J&J's PR response to seven murders from tainted Tylenol capsules has begun to lose some of its luster in the digital and social media era, the case continues to be referenced as a "gold standard" of crisis management.

Bartz claims a belief in his book that the capsules were contaminated at J&J facilities, not at the retail level as the company and others have said.

His self-published book is set to be released Sept. 26.