As President Obama pushes his jobs bill, he should take a look at the survey released today by the Project On Government Oversight, reporting that outsourcing of government services to private sector companies wastes billions of dollars each year. 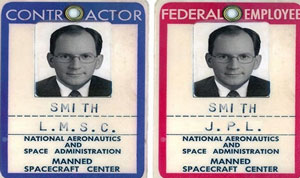 Creating U.S. government jobs, or insourcing, a non-starter for Republicans, may be the way to go for Obama.

The POGO study punches a big hole in the government is the problem argument put forth by Ronald Reagan and kicked into high gear by Bill Clintons reinventing government program.

POGO reports that that the U.S. increased the amount spent on contracts from $200B to $500B since 2000. Much of the hike was due to calls to shrink the size of government. The federal contractor workforce has grown from 4.4M in 1999 to an estimated 7.6M in 2005, creating a massive and expensive shadow government.

Studying 35 job classifications, POGO found contractor billing rates were an average 83 percent higher than what Uncle Sam pays its employees for similar work. Meanwhile, the U.S. has no system in place to determine how much money it saves or wastes by outsourcing, according to POGO.

Obama has backed away from his 2009 memo on contracting that expressed concern about contract spending and the need to protect functions that should be performed by federal employees.

The GOP-controlled Congress is promoting the increased use of contractors. For instance, the 2012 Defense Authorization bill states that insourcing should only occur when it involves inherently government functions. That measure warms the hearts of the well-connected defense sector.

The president showed some spunk last week when he introduced his $450B jobs plan. He should rally around the POGO report that has insourcing as a way to save the cash-strapped federal government billions of dollars.