Publicis has acquired tech and healthcare PR firm Schwartz Communications, the 21-year-old, No. 10 independent in the country with more than $25M in revenue and 180 staffers last year. 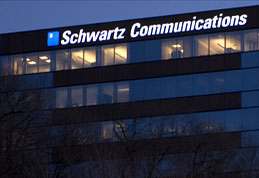 The French ad/PR conglomerate said Waltham, Mass.-based Schwartz, including its San Francisco, Stockholm and London operations, will be folded into MSLGroup under the name Schwartz MSL. Publicis said MSL becomes the largest agency in Boston with 100 staffers after the deal. It also claims to be No. 2 in San Francisco tech PR.

MSLGroup chief Olivier Fleurot said the deal strengthens Publicis PR network in a number of fields, singling out technology and especially healthcare, which, Publicis noted, is expected to grow by more than 50% through 2020.

Clients for Schwartz include GEO Healthcare-Americas, SimplyHired.com, Epocrates, and Accuray.

M&A consulting firm StevensGouldPincus initiated the transaction, introduced the buyer and seller, participated in the negotiations and acted as advisor to Schwartz, according to partner Art Stevens.

Publicis said in July that organic growth at its PR operation was up five percent in the second quarter with its U.S. operations bolstered by social media and healthcare assignments.

Schwartz founders Steve and Paula Mae Schwartz set up shop in 1990 but stepped back from day-to-day operations in 2004 when they started a film company, Chockstone Pictures, which adapted the Cormac McCarthy Pulitzer-winning novel "The Road."

They are currently producing with another company "Cogan's Trade," starring Brad Pitt.