The private company that took over the Illinois Lottery after the state became the first to outsource its operations last fall has asked PR firms to ante proposals this month with an RFP open through early October. 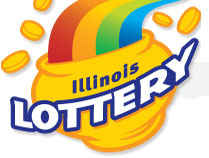 Northstar Lottery Group, which inked a 10-year contract with the Prairie State in September, 2010, released an RFP on Sept. 16 to supplement its in-house PR staff.

Firms must have at least two years of experience with the lottery industry or a related retail sector and a headquarters or regional office in Chicago.

Northstar won the state's bidding process last year with a pledge to generate $4.8B for Illinois over the next five years, a $1.1B increase over previous revenues.