Google executive chairman Eric Schmidt is slated to testify before the Senate tomorrow as the search engine giant moves to fend off potential antitrust action. A safe bet: the hearing room will be packed, if only by members of the Team Google lobbying battalion. 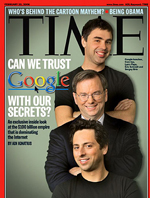 This blogger is a big fan of PA, government relations, advocacy, corporate free speech or whatever one wants to call it. There comes a time however when enough is enough. Google has turned into the gravy train of K Street, opening itself to do-gooder criticism of gaming the system.

Which firm will get the ear of Schmidt? What firms will feel short-changed? How will Google, the once do no evil company, control the lobbying Frankenstein that it has created? It may turn out to be a matter of herding cats.