Jobs, jobs. jobs. Its all anyone wants to argue about anymore. As current protests on Wall Street grow to Arab Spring proportions, its becoming increasingly clear that Americans contempt for our current economic policies have evolved to embrace a new dialectic.

America isnt a third world nation (not yet, anyway) but recent disillusionment has resulted in a new urgency. Were tired of seeing those at the top run the country into bankruptcy  and worse, make money from it  so the jobless and recently foreclosed can pay for it with increasingly fewer resources and no recourse. 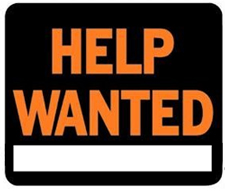 To borrow a tired line, America needs to get back to work.

And party x (add your political denomination here) knows just how to do it.

It came as no surprise then, that when President Obama addressed a joint session of Congress in early September to discuss his recommendations for a bipartisan committee to reduce the deficit and create jobs, there would be conservatives ready with a set of predictable, preassembled raillery. What was a bit of a shocker was that Obamas speech came off as such a Jedi mind trick to those waiting to pelt partisan tomatoes. So much of his plan is taken from the Republican playbook it becomes almost impossible to deride it without sounding completely, unreliably, insanely capricious. But hey, theyll do it anyway, because agreeing with the guy is just not an option.

In a nutshell: The $447 billion plan includes an initiative to reduce deficits by more than $3 trillion over 10 years. It also includes a series of hefty tax incentives for businesses to hire more American workers: businesses could receive tax credits of $4,000 for hiring long-term unemployed workers, or those who havent had a job for at least six months. The plan also proposes cutting in half payroll taxes businesses currently pay on its first $5 million in wages. Other provisions include $25 billion to refurbish schools, $35 billion to avoid layoffs among teachers and first responders, and $60 billion for new infrastructure development such as repairing roads and bridges. Finally, Obama indicated he would propose changes to the tax system to raise $1.5 trillion in revenue over 10 years. This includes a higher tax rate for millionaires. Quick, someone exhume the body of Trotsky. This is clearly class warfare.

Predictably, further cuts will include reforms to popular entitlement programs such as  you guessed it  Medicare, which now seems forever destined to play the role of sacrificial lamb. On September 19, the Obama administration said the deficit-reduction portion of his plan would now include more than $320 billion in cuts to the projected growth of Medicare and Medicaid over 10 years. Premiums and deductibles would go up for new beneficiaries, federal support of states for treating low-income Medicaid recipients would go down, and seniors who receive care at home would be required to make co-payments. Whitehouse Budget Director Jack Lew said the plan would be implemented with a lot of pain. No kidding.

Meanwhile, things are looking even worse for the American insured. The New York Times reported September 27 that health insurance for many Americans increased more in 2011 than it had in previous years, growing by an average of 9%. According to the report, the cost of coverage has now almost doubled since 2001.

Senate Majority Leader Harry Reid referred to Obamas proposal as a litmus test for Republicans. How right he was. Congress inability to get anything done anymore  their proclivity to fight U.S. unemployment by ... wait for it ... not creating jobs  is a working metaphor for our stalemated political environment. Given that Obama is acting like such a Republican nowadays, the question isnt whether the party of no will agree this time. They wont. The question is what excuse theyll use.

Senate Minority Leader Mitch McConnell said Obamas so-called jobs plan is actually a re-election plan. Michele Bachmann said Obamas ideas have been tried and failed before, with backing policies that have cost the American people both jobs and prosperity. Surprisingly, House Speaker John Boehner said there are parts of Obamas plan that merit consideration. House Majority Leader Eric Cantor also offered tepid praise, telling CNN he believes there is a lot of room for commonality. Both have since appeared to rescind their uncharacteristic cordiality.

Obama has got to learn that you cant please everyone. Hes got to stop trying to sell Republicans ideas they already came up with. Policy shouldnt come before principle. Obamas planned cuts to health services come at a time when the U.S. economy continues a downward spiral while insurance grows prohibitively expensive. Is this really the right thing to do? What does it say about our priorities?

If we fought U.S. poverty the same way we overthrew Middle East regimes, we wouldve bombed unemployment into submission by now.