Not very, but moving in the right direction. The dowdy retailer announced today that it hired Michael Francis, chief marketing officer of the tragically hip Target chain, as president effective tomorrow. Good for you, old J.C. 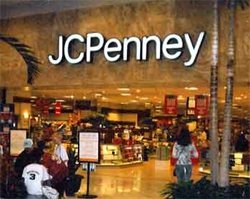 His winning knack of offering designer clothes at cheap-chic prices was evident with the recent launch of the Missoni line, which created a near stampede at Target outlets. The collection, which sold out in an hour and crashed Targets website, left many customers upset about being shut out from the deal. Thats a PR buzz that Target competitors like Wal-Mart could only dream of. Prior to the Missoni launch, Francis told the Wall Street Journal: If we don't come up with some new idea that makes our palms sweaty when we present it to the senior executive team for approval, we're not doing our jobs right.

The Apple experience speaks for itself. Johnson also spent 15 years at Target, where he launched its design initiative.

This blogger is not a fan of shopping. As husband and father of two daughters, however, he has suffered through hundreds of shopping trips. My shopping companions never had the urge to stop into Penney. The only time that we have ever stepped into a Penney was to use it as a short-cut out of some mall. A Johnson/Francis tandem could make Penney a destination for a future McCauley family shopping outing.

Penney has a chance for a tri-fecta. How about returning headquarters to New York City, a move that would further signal change? Penney fled the Big Apple in 1992 for Plano, Tx, of all places. It did the right thing in 1914, when it moved headquarters from Salt Lake City to NYC. The time is ripe for an encore.