Janet Fallon of Washington's PR Options is guiding the "redemption tour" of convicted lobbyist Jack Abramoff, who served three and a half years in federal prison on corruption charges. 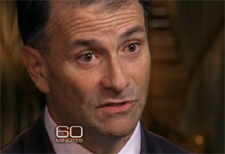 The New York Times (Nov. 13) reported the 53-year-old Abramoff is unemployed, insolvent and trying to redeem and rebrand himself via media appearances on "60 Minutes," "Hannity," "The Early Show," and "Piers Morgan Tonight."

Abramoff, who has written a tell-all memoir, "Capitol Punishment," is available for speaking engagements ("Congress for Sale" theme) and working on a reality TV show with the producer of "Are You Smarter than a Fifth Grader?" program.

In an email exchange with O'Dwyer's, Abramoff credited Fallon for "doing all this incredible work for me." He considers her "truly phenomenal."

Prior to establishing PRO, Fallon worked as media consultant at Weber Shandwick.