As the battle over the occupation of Zuccotti Park rages in the courts, Occupy Wall Street protesters should pay attention to the survey just released by OpenSecrets.org showing that nearly half (47 percent) of Congress are millionaires. 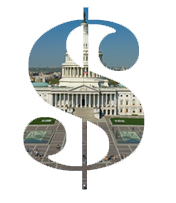 The survey reinforces the point that the one percenters control Congress as well as the financial and corporate sectors of the economy. The 99 percenters are left to fend for themselves.

Sheilia Krumholz, executive director of the Center for Responsive Politics, which is responsible for the site, sees a huge disconnect as the vast majority of members of Congress are quite comfortable, financially, while many of their constituents suffer from hardships.

In her view, the financial fix is already in as members of Congress enjoy access to market-altering information that could yield to personal financial gains."

OpenSecrets found that the estimated net worth of a U.S. Senator stands at $2.6M, while a representative in the so-called Peoples House enjoys a net worth of $756,765.

Auto alarm magnate Darrell Issa (R-CA) is the richest Congressmen. His net worth is just under $450M. He chairs the powerful House Oversight and Government Reform Committee.

OpenSecrets' findings may give a boost to beleaguered Republican presidential candidate Rick Perry who wants to cut Congressional pay in half. The Lone Star State governor believes slicing pay would discourage careerism on Capitol Hill.

Perry's plan to a good PR move, but it misses the larger point. The real payday for politicos comes when they retire from the political life and run to the welcoming arms of corporate lobbyists.

Congressional pay is peanuts compared to the money driving the lobbying high life.